Interpol: Cross-Border Operation Clamps Down on Arms Trafficking in Africa

Dozens were arrested and hundreds of illegally trafficked weapons recovered in a cross border operation aimed at clamping down on the trade in Africa, Interpol said in a statement last week. 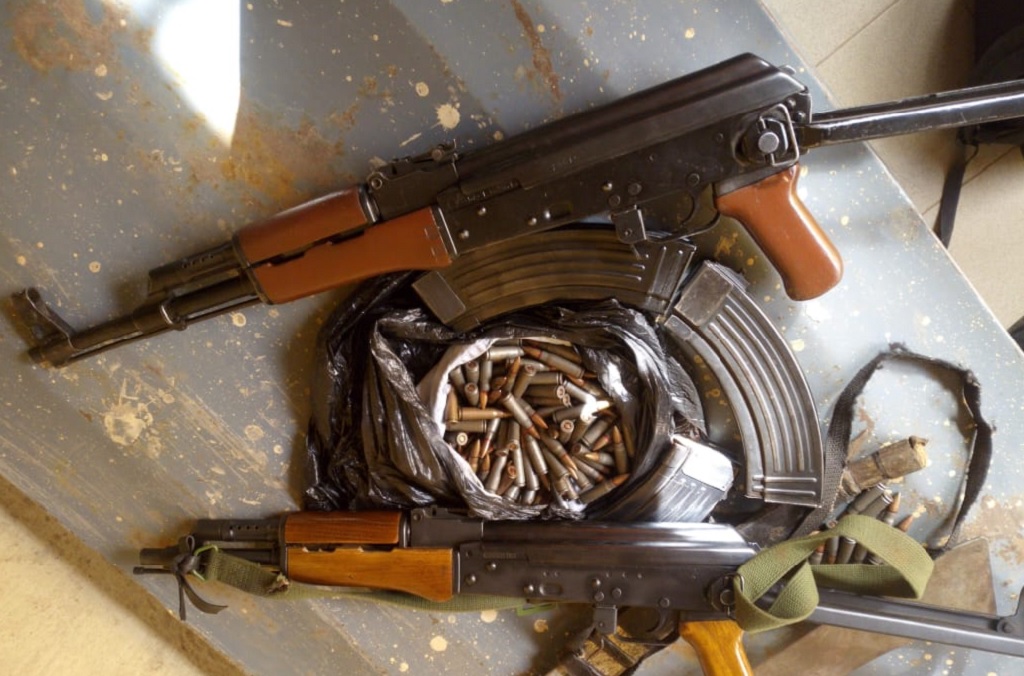 Hundreds of illegally trafficked weapons were recovered in a cross border operation. (Photo: Interpol, License)“More than 20,000 checks were carried out against INTERPOL’s global databases, resulting in the recovery of 480 firearms and 42 arrests tied to firearms offenses,” the agency said. “In addition, 14 organized crime networks were identified and dismantled.”

More than 500 law enforcement officers from eight different countries took part in the raids that were part of operation Trigger VIII.

The arms trade wasn’t the only illegal industry authorities were working to combat. They also targeted other illicit trades on the continent, which often directly fund the same violence and militancy the arms are bought for.

“An additional 78 arrests were made in connection with trafficking in illicit goods, with more than 45 tonnes seized, including more than three of fake medication, 1.5 tonnes of drugs (cannabis, amphetamines and opioids) and more than 10,000 liters of contraband petrol,” Interpol said.

“Some 40 tonnes of fins of endangered shark species were recovered in Guinea, while authorities in the Central African Republic dismantled a network suspected of supplying poachers with firearms and ammunition. The Democratic Republic of Congo reported the seizure of 141 elephant tusks,” it added.

Officials found that illicit gold mining often goes hand in hand with terrorism and the illegal arms trade in the Sahel region and launched 85 investigations. Officers seized during this operation 26 kg of illicitly mined gold and 170 kg of explosives.

“Operations such as Trigger VIII underscore how firearms trafficking represents a grave transnational threat, facilitating the activities of organized crime networks and terrorist groups,” Jürgen Stock, INTERPOL’s secretary general said. “They also highlight the connections between different types of criminality and the continued need for cooperation between countries and across regions.”