South Africa, the world’s largest chrome producer, loses around 10% of its annual production to illegal mining which has served to empower mining mafias, according to a bulletin of the Global Initiative Against Transnational Organised Crime (GI-TOC) published last week. 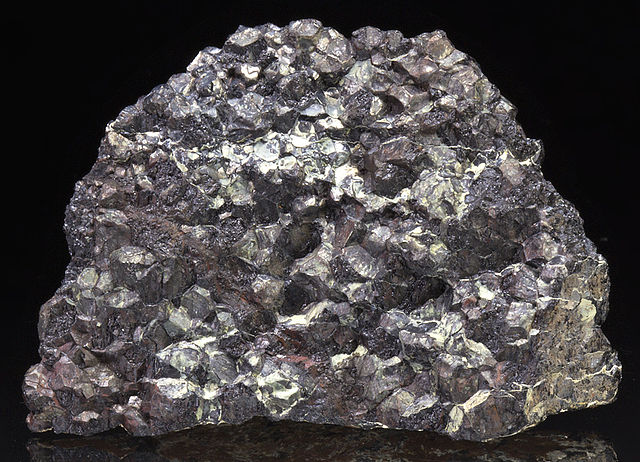 South Africa holds the world’s largest reserves of chrome. (Photo: Weinrich Minerals, Inc., Wikimedia, License)Chrome, procured illicitly in surface-level mines in northeastern parts of the country, is first washed in local washing plants and then trucked to Mozambique or domestic ports. Along the way, it vanishes into the legal supply chain and eventually ends up in China.

Chrome is a key component in stainless steel, used for the production of industrial equipment.

Illegal chrome mines, which first came to the attention of South African investigators in 2016, have mushroomed in recent years.

“Entire valleys were taken over by pirate miners,” mining analyst Paul Miller described the situation in the northeast in an interview with GI-TOC.

South Africa has a notorious problem with illegal mining which exploits the region’s large reserves of coal, gold, diamonds and other minerals. The problem is, in part, driven by rampant unemployment, which currently exceeds 30% and is concentrated in peripheral areas.

Some estimates suggest there are tens of thousands of illegal miners – known as 'zama zamas’ – operating in the country. Zama zamas tend to be organized into heavily armed groups, often clashing with the police.

GI-TOC argues that the emergence of the illicit chrome economy has been facilitated by weaknesses in South Africa’s mining policy.

In an attempt to address long-standing racial exclusion in the mining industry, South Africa increased the accessibility of mining permits for small-scale mines. Newly, operations below five hectares for example do not require any environmental and social impact assessment.

These provisions have been abused by illegal chrome miners who are conducting large-scale mining operations beyond the original concessions, often in close proximity to homes.

Witrandjie, a small village close to the city of Rustenburg in the North West province, has been devastated by an ongoing chrome mining operation, SABC News reported.

According to Gaudupe Mpodi, the village headman, one day, several excavators suddenly appeared in the surrounding fields and started mining. Every day, around 15 trucks are to be loaded on the site.

“We are afraid to complain, because when we do, they use force to silence us,” said one of the villagers.

The village council has been asking the Department of Mineral Resources (DMR) to intervene, which has, however, been reluctant to take any action. Every time they went to inspect the site, the miners had been alerted and disappeared, leaving the excavators parked in the village.

“Does it mean they have to find it on the site to open a case?” complained Mpodi.

The local police has not been helpful either.

“When we ask them to come and help, they always point us to DMR, saying they are the relevant authority,” said Mpodi.

Some of the sites are allegedly guarded by Congolese men with AK-47s.

“It is a crime organised on a major level,” said Miller.