At least 23 people were killed during a police raid of a neighborhood in Rio de Janeiro, where authorities assumed members of a gang called Comando Vermelho, or Red Command, were holding a meeting. 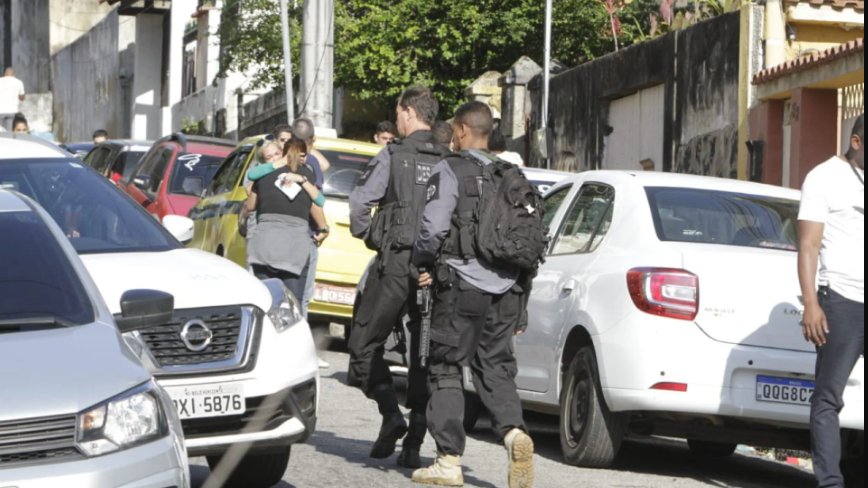 Twenty-three people were killed in a police raid in Vila Cruzeiro favela near Rio de Janeiro. (Photo: Instituto Fogo Cruzado/Twitter, License)In what has been called the city’s second deadliest-ever police raid, officers backed by several armored vehicles and a helicopter carrying snipers moved into the Vila Cruzeiro favela. Shelling started after police were shot at shortly before entering the area where the meeting took place.

A local resident who was shot by a stray bullet was among the victims.

Authorities displayed wiretaps in which the suspects called on friends to help them confront police. In one of the conversations, a man claimed that local residents were passing information to the police and talked about many dead at the scene.

“There are whistleblowers in the little houses, with the civilians, it’s a lot. Bro, the mototaxis went there to help the guys, they said there’s a lot of dead, bro. A lot of dead bodies,” one of them shouted. Another suspect claimed he was shot and asked for help.

The Military Police Secretary Luiz Henrique Marinho Pires said the incursion was based on information that Comando Vermelho gang members were about to move to another favela in a southern neighborhood.

The Rio de Janeiro governor Cláudio Castro tweeted that the operation aimed to arrest members of the largest criminal faction in Rio and suspected gangsters who came from other Brazilian states. It is believed that gang members from at least six states were hiding in Vila Cruzeiro.

One of the gunned down in Vila Cruzeiro was identified as Mauri Edson Vulcão Costa, alias Déo, who was a national leader of Comando Vermelho, tied to drug trafficking and violent crimes in a northern Brazilian state.

Pires credits this alleged “criminal migration” to a June 2020 decision from Brazil’s Supreme Court to ban police raids in Rio’s favelas for the duration of the COVID-19 pandemic. Since then, anti-drug operations could occur only under “absolutely exceptional” circumstances, a court statement said at the time.

“We started to notice this movement, this tendency of them migrating to Rio, after the decision of Brazil’s Supreme Court,” Pires told local media.

According to a recent press release from the top court, the institution is concerned with other government agencies blaming the Court for the current situation in Rio de Janeiro, which would be a structural problem. Justice Edson Fachin said that “the goal of this Court is to seek solutions.”

Police had seized 13 rifles, 12 grenades and four pistols. In addition to weapons, authorities spotted two Porsches, with an estimated value of more than US$120,000. One of the luxury vehicles had appeared in a music video released by Brazilian rappers. Later, another Porsche was recognized by the victim of a robbery that took place last March.

Despite the high death toll, which tragically became a commonplace in underprivileged areas of Rio, President Jair Bolsonaro hailed on Twitter the “warriors” who neutralized at least 20 criminals linked to drug trafficking after being shot at during an operation against criminal faction leaders.

The prosecutors have set a task force to investigate the circumstances of the killings, while the public defender’s office protested against the raid. Shortly after the operation, local residents staged a protest, condemning the violence.