The reputation of a high-end art dealer now lies in ashes as he was sentenced Monday to seven years in prison for his role in a fraud scheme that garnered him over US$86 million, the U.S. Department of Justice (DOJ) reported. 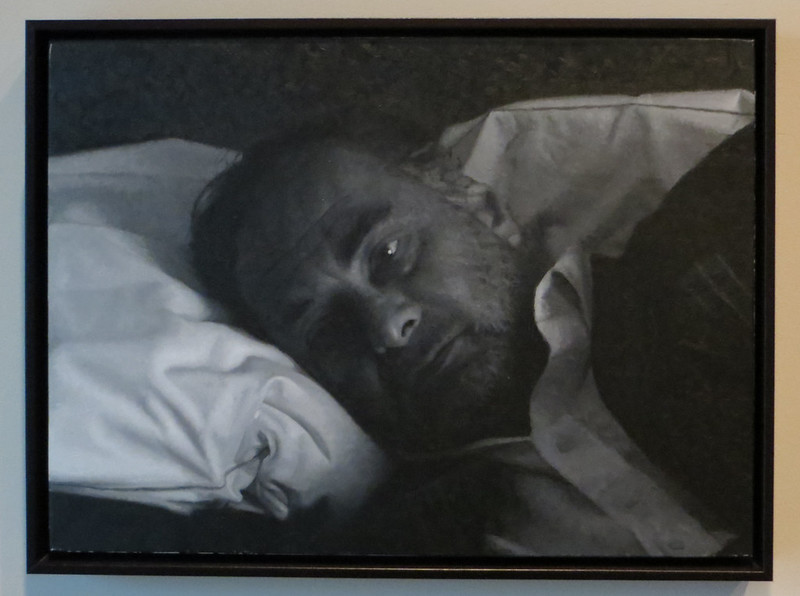 Self-portrait by Rudolf Stingel, one of the artists whose works Philbrick was involved with. (Photo: Granger Meador, Flickr, License)Inigo Philbrick, an art dealer who specialized in post-war and contemporary fine art, became a well known figure in the industry with galleries in London and Miami.

The reputation that he had built for himself in the art world, however, was more akin to a house of cards that, after four years, finally came crashing down.

From 2016 to 2019, Philbrick engineered a scheme in which he defrauded countless individuals and entities both in the United States and abroad. He knowingly made misrepresentations and omissions in his dealings with art collectors, investors, and lenders in order to obtain valuable art, funding, loans, and commissions.

His actions can therefore be compared to that of a Ponzi scheme.

Philbrick also intentionally defrauded the owners of various artworks by overselling the total ownership value without their knowledge.

Put simply, he frequently sold more than 100 percent of a given artwork’s value across multiple co-owners, without them being any the wiser.

Philbrick also leveraged various artworks as collateral to loans he had taken out, without informing the owners or any concerned third parties.

It wasn’t just his prospective buyers that he targeted in his scheme.

Philbrick would manufacture false contracts in order to artificially inflate the value of his galleries’ pieces so that he could then attract investors under fraudulent circumstances.

In one case, he even put together a fake contract wherein he listed a stolen identity as the seller, the DOJ reported.

By the time Philbrick’s charade had finally been unmasked, he had illicitly generated over $86 million for himself from loans and sale proceeds.

The stories behind several pieces were subsequently tarnished for having been showcased and sold through his galleries. Among others, they include a 2010 untitled painting by the renowned artist Christopher Wool and an untitled 2012 painting by Rudolf Stingel depicting Pablo Picasso.

Prosecutors noted during the trial that many of Philbrick’s defrauded victims may never receive restitution nor recover their lost assets, Artnet reported.

As lenders and investors are naturally inclined to do their due diligence when dealing in such vast sums, Philbrick’s scheme finally came to light in 2019.

In mid-October that year, he was informed that his fraudulent actions had caused him to default on a $14 million loan. And by the following month, the deluge of incoming lawsuits had awakened him from his dream and cast him into a nightmare.

Philbrick lost everything, including his art galleries in Miami and London which he was forced to close.

Overwhelmed as his house of cards came crashing down, Philbrick fled the United States to a remote island in the Pacific, rather than own up to his criminal acts.

He sought refuge in Vanuatu, a country in the South Pacific Ocean, and stayed there until he was finally located by authorities and arrested in June 2020.

In restitution for his crimes, the judge ordered Philbrick to serve seven years in prison and to pay $86,672,790 in fines, which should amount to most if not all of his ill-gotten gains.