The Taliban have forced all female TV presenters in Afghanistan to cover their faces while on air, as part of their radical restrictions of female rights that have drawn criticism from the women and from human rights advocates. 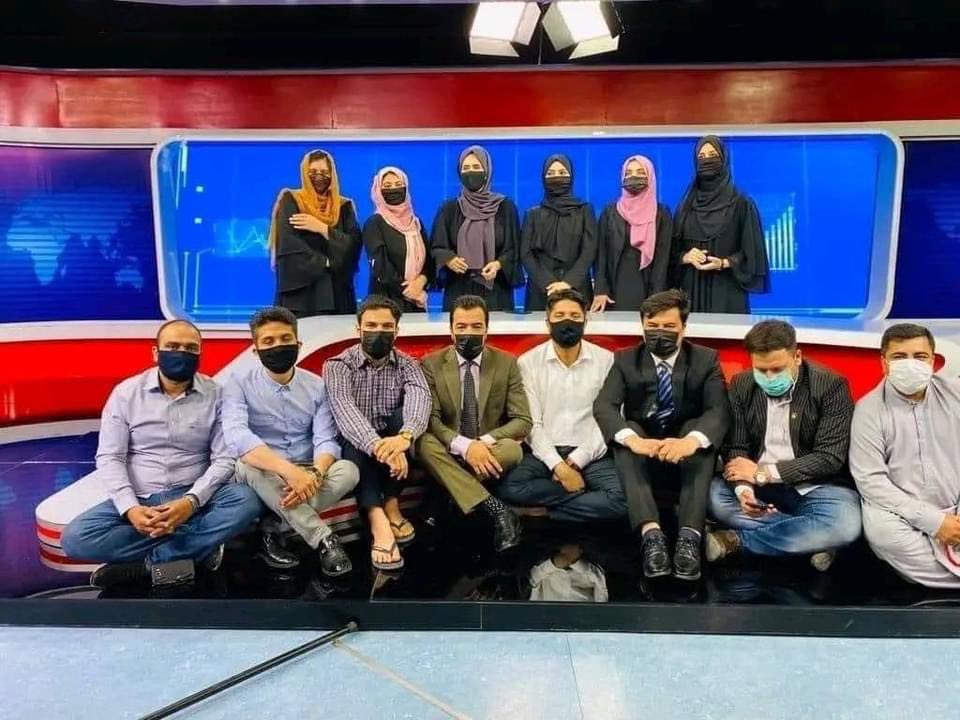 Both female and male presenters and media workers wear face masks in protest against the latest Taliban regime's rules. (Photo: Yalda Ali/Twitter, License)The Taliban Virtue and Vice Ministry sent the order to media outlets last week and noted that the new rule is final and non-negotiable.

The measure is part of a campaign to restrict female participation in public life and comes after the government banned women from traveling without a male guardian and after closing secondary schools for girls.

A female presenter working for a local TV channel in Kabul told OCCRP on the condition of anonymity that the goal is to press female journalists to quit their jobs.

“But we will keep fighting for our rights," she declared and called on the international community to put pressure on the Taliban to lift restrictions on female media workers and allow girls to continue their education.

The government, however, has a different perception of its order.

"Yesterday we met with media officials ... they accepted our advice very happily," Akif Mahajar, spokesman for the Taliban's Ministry of Vice and Virtue, told Reuters.

But various female presenters and journalists posted their photos on social media with their faces covered with masks during the broadcast. They were joined by a number of male colleagues who seemingly out of protest wore masks.

TOLO news anchor Yalda Ali shared a photo on Twitter of herself wearing a face mask. “My smile was banned, my mouth was banned, soon the woman itself will be banned,” she commented.

Women in the war-torn Afghanistan had resumed work and education after the U.S invasion that  ended the Taliban rule in 2001.

The Taliban took over again after U.S. troops withdrew from the country last year. Taliban leaders  claimed they have changed their position on women’s rights but once in power, they again started limiting female rights and threatened to punish men who do not enforce the restrictions.