The phones of four Jordanian human rights defenders, lawyers and journalists were secretly infected with the infamous Pegasus spyware that gives those who planted it access to messages, documents, photos and contacts of the victims, a human rights watchdog and an internet security developer said Tuesday. 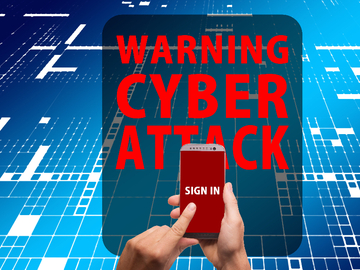 Jaradat is also a member of the Executive Committee of the Brussels-based International Federation for Journalists (IFJ).

The phones were infected between August 2019 and December 2021 and “at least two of the four targets were hacked by Pegasus operators primarily focused on Jordan, based on SMS messages containing Pegasus links that map to a cluster of domain names focusing on Jordanian themes,” Front Line Defenders said.

The report identified two Pegasus operators who might be Jordanian government entities, affecting “all human rights defenders working against corruption in Jordan.”

“This research shows that human rights defenders undertaking legitimate and peaceful work continue to be targeted by the local authorities in the MENA region with hugely intrusive spyware that has a terrible impact on not only the individuals but their friends and families,” Front Line Defenders Executive Director, Andrew Anderson, said.

The report underlined that human rights defenders in Jordan are confronted with harassment and hostility, particularly after 2011, when waves of grassroots protests erupted in response to growing dissatisfaction with government corruption and the rising wealth disparity.

It also pointed to recent foreign investigations that were part of the Pandora Papers and  corroborated allegations of corruption at the highest levels of the state, which, in reaction to public outrage, was followed by further pressure on activists.

“The use of Pegasus spyware is only but one aspect of harsher measures being taken against human rights defenders in attempts to monitor and conduct surveillance over those who are engaging in work against the preservation of a corrupt Jordanian society,” according to Front Line Defenders.

The Pegasus software, which allows attackers to monitor the victim’s communications, and its producer NSO Group were at the core of the global controversy last summer, which exploded after media reported that some governments used it to spy on journalists and activists.

NSO Group has been facing several lawsuits around the world and has been put on sanction.

As FIDH said in a statement, the violation “was initiated in the Occupied Palestinian Territory and continued on French soil, which constitutes a violation of the right to privacy under French law.”