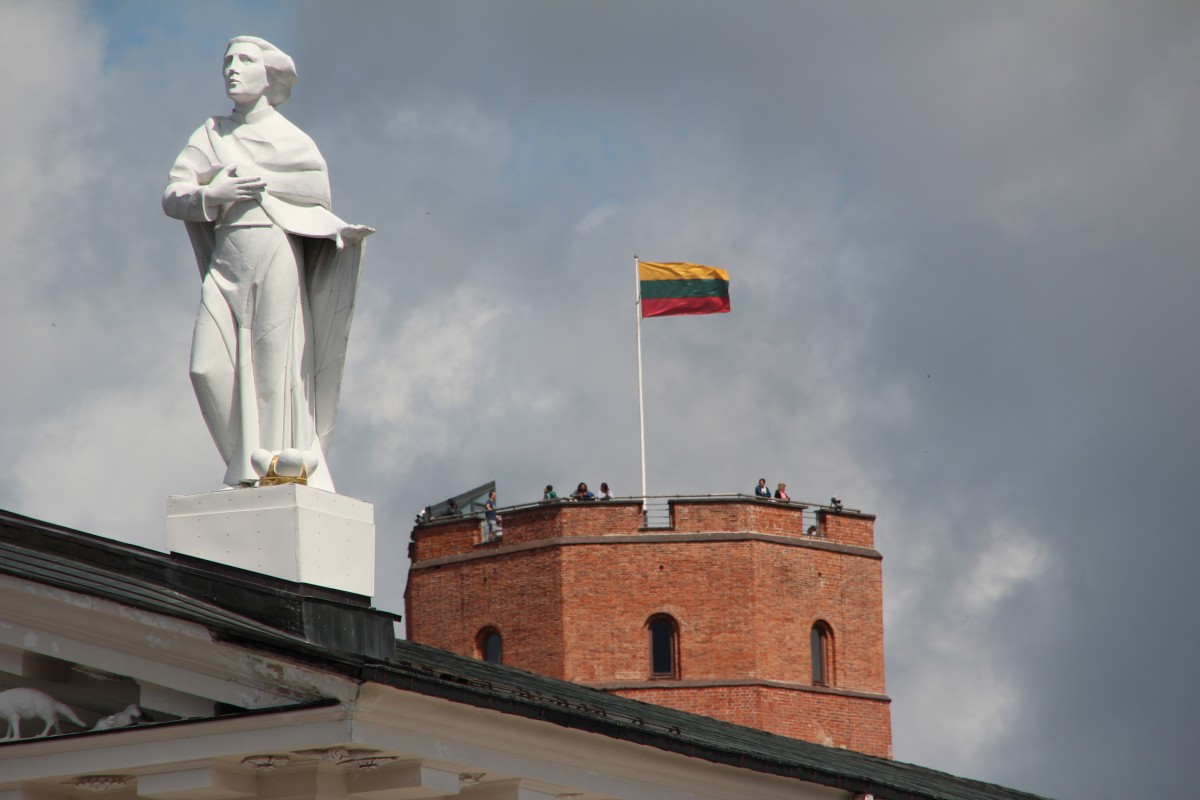 Lithuania froze the bank accounts of a company linked to Russian President Vladimir Putin’s inner circle, effectively blocking the firm’s 2.9 million euros (US$3.19 million). (Photo: Pxhere, License)PhosAgro Baltic is an indirect subsidiary of PhosAgro - a major fertilizer manufacturer from Russia. PhosAgro was formerly owned by Mikhail Khodorkovsky, a Russian oligarch who was jailed by the Moscow regime in the early years of Putin’s reign.

While Khodorkovsky sat in prison, his fertilizer business was taken over by his former associate Andrey Guryev Sr., who soon after became a billionaire.

But then In 2011, Vladimir Litvinenko, the head of St. Petersburg’s mining institute, sparked suspicion of the company’s ties to the regime when he acquired a 5% stake in the business although he had no known assets that would cover this kind of investment. Litvinenko vaguely explained that he got the stake for consulting.

Litvinenko’s mining institute has numerous famous alumni, including Putin, who got his PhD there in 1997, under the supervision of Litvinenko. Putin’s PhD paper may have been plagiarized, according to the Washington Post.

Litvinenko’s stake at PhosAgro grew steadily. According to the most recent reports, he now controls more than 20% of the company and, just like the Guryev family, is on the Forbes list of the world’s billionaires.

Litvinenko hasn’t been sanctioned yet, but PhosAgro was affected on March 9th, when the EU designated Andrey Guryev Jr., the son of Khodorkovsky’s former business associate and the head of PhosAgro.

Hours before the decision was made public, Siena’s reporters visited the PhosAgro Baltic office in Vilnius in an attempt to interview Vladimiras Kolesnikovas, the CEO of PhosAgro’s Lithuanian subsidiary.

“I don’t have time,” Kolesnikovas said and shut the door. PhosAgro Baltic never responded to an emailed request for comment.

Founded late in 2018, PhosAgro Baltic began distributing Russian fertilizers across the Baltic region. With four to five employees, the company reported 146 million euros ($160 million) in sales over 2019 and 2020.

Siena’s story on PhosAgro Baltic’s connection to the Kremlin was published last Thursday. On the same day, Andrey Guryev Jr resigned as PhosAgro’s CEO and PhosAgro Baltic lost access to its accounts.

“We were informed that a financial institution has restricted PhosAgro Baltic’s access to its accounts and froze the funds, more than 2.9 million euros”, Modesta Zdanauskaite, spokesperson for Lithuania’s Financial Crime Investigation Service, told Siena in a written comment.

At the time, it was the biggest amount of money belonging to a single subject and frozen in Lithuania, in implementation of EU’s sanctions against Russia. Lithuanian authorities meanwhile froze the accounts of two more large businesses affiliated with sanctioned individuals.

Lifosa, a major fertilizer company beneficially owned by the recently sanctioned oligarch Andrey Melnichenko, had its accounts also frozen last week, shortly after Melnichenko was added to the sanctions list.

The accounts of Inter Rao Lietuva, an indirect subsidiary of Russia’s energy giant Inter Rao, were frozen because of the company’s connection to Igor Sechin. Sechin, considered to be one of Putin’s closest allies, heads Inter Rao’s board of directors.

According to Lithuanian authorities, the amount of money frozen during the implementation of the recent sanctions related to the war in Ukraine is now above seven million dollars. The amount is very likely to rise in the near future.