Japan’s state-backed tobacco company announced on Thursday that it would suspend planned investments in Russia, but failed to promise to shut down factories despite criticism that continuing operations would pump cash into a government that has come under heavy sanctions for its invasion of Ukraine. 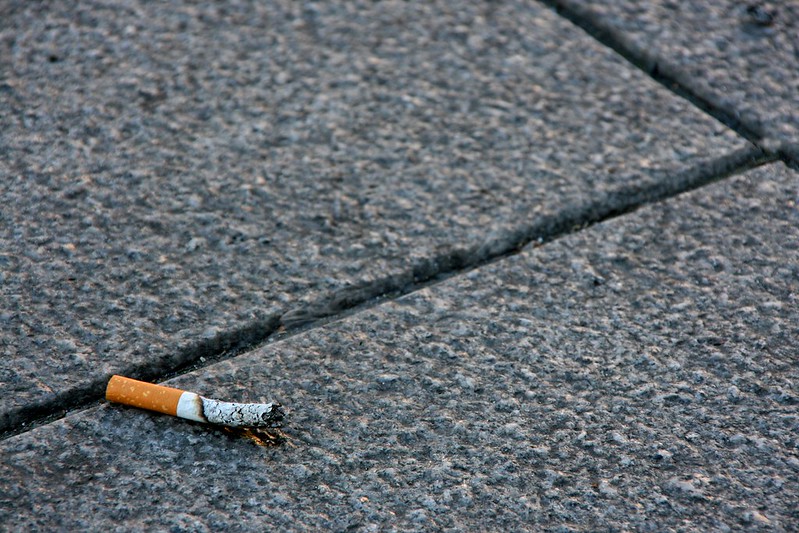 Japan’s state-backed tobacco company announced that it would suspend planned investments in Russia, but failed to promise to shut down factories despite criticism that continuing operations would pump cash into a government that has come under heavy sanctions for its invasion of Ukraine. (Photo: Alf Storm, Flickr, License)Japan Tobacco International (JTI), which is behind brands like Winston and Camel, owns four factories in Russia, after the acquisition of Donskoy Tabak from Kremlin-serving oligarch Ivan Savvidis in 2018. Russia is the company’s largest market outside of Japan. JTI has 37% market share in the country and 4,500 employees.

The Japanese government’s recent commitment to align with the U.S.-led sanctions against Russia has put the country’s Ministry of Finance, which owns 30% of Japan Tobacco, into an awkward position.

"Even a private company having such investment in Russia creates a conflict of interest for the government of the country of the private company, but here we have a state-owned company that needs the cooperation of Putin," commented Christopher Rathbone, a tobacco control expert based in Japan. “Unbelievable!”

After the employees of the Ukrainian division of JTI wrote a letter to the company's headquarters, demanding an end to the sales of cigarettes in Russia, JTI replied that it was politically neutral and a spokesperson told Reuters the company would continue operating as usual.

A few days later, after a barrage of criticism on Twitter and other social media platforms, JTI's parent company released a statement promising to halt some planned activities.

"Japan Tobacco Inc. has announced that effective immediately, its subsidiary, JTI, will suspend all new investments and marketing activities as well as the planned launch of its latest Heated Tobacco product Ploom X in Russia," the company said on March 10.

Rathbone pointed out that promising not to advertise new tobacco products in Russia has almost no meaning in a country where there is a comprehensive advertising ban on tobacco products.

Likewise, its pledge to hold off on introducing Ploom –– a device for smoking tobacco by heating rather than burning it –– will have little impact on the company, according to Rathbone.

Besides, "its Ploom Tech (novel tobacco product) has been a flop and there is no reason to think that the Russian market would change that, so that measure isn't meaningful either," he said.

As for suspending new investments, JTI is not the only international company torn between its pursuit of profit in Russia and pressure to pull out of the country.

While corporations like McDonalds, Coca-Cola and Starbucks announced that they would completely end their business in Russia, JTI and two other tobacco giants –– Philip Morris International and American British Tobacco –– announced partial measures, promising to scale down operations.

However, British American Tobacco reversed its decision on Friday, and said it would begin the process of divesting its interests. "Upon completion, BAT will no longer have a presence in Russia," the company said in a statement.

Stefano Schiavo, director of the School of International Studies in Trento, Italy, said that such U-turn decisions reflect the indirect impact of sanctions on companies that want to continue operating in Russia, but are under pressure not to.

"Imposing sanctions is also a warning,” said Schiavo. “It aims to disincentivize activities in the countries that have been targeted."

As for JTI, given the importance of the Russian market and its investment there, “it really can't afford to change its mind" on this issue, said Rathbone, the Japan-based tobacco control expert.

Japan Tobacco’s attitude towards the sanctions is a sensitive issue in the European Union –– which has also imposed heavy sanctions on Russia ––  because of the company’s subsidiaries there.

According to corporate registry documents acquired by OCCRP, a current shareholder of JTI Russia is JTI Germany. Also, JTI Holding is registered in the Netherlands and owns around 65% of JTI Yelets LLC, a subsidiary of JTI Russia.