US Bans Import of Afghan Art and Antiquities Over Looting Fears

The U.S. has banned the import of antiquities and historical art from Afghanistan over fears of looting, the U.S. The Department of State announced in a statement on Tuesday. 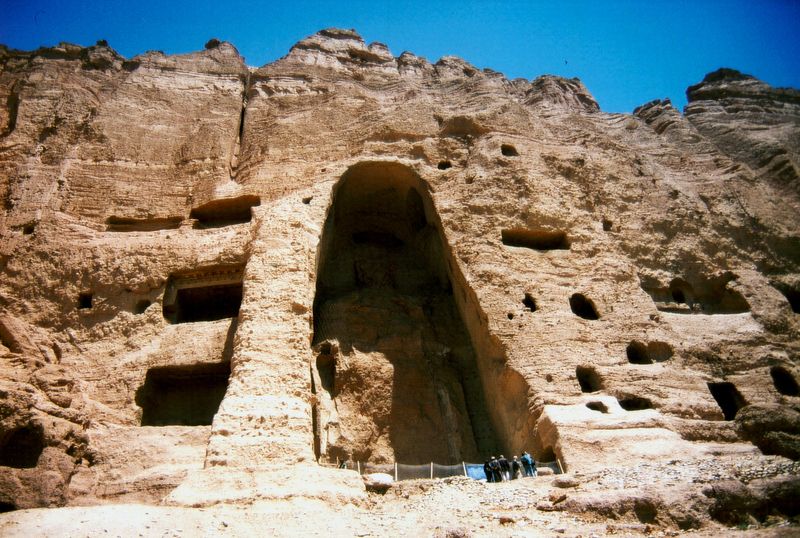 The Taliban are well known for their destruction of cultural heritage in Afghanistan. Apart from blowing up the Bamiyan Buddhas in 2001, they have also been well known to use looted antiquities as a lucrative funding source. (Photo: Alessandro Balsamo /UNESCO, License)“Pursuant to the Convention on Cultural Property Implementation Act, the Department of State determined that circumstances in Afghanistan warrant unilateral emergency import restrictions,” said the statement.

The restrictions are intended to “prevent illicitly trafficked materials from entering the U.S. art market, thus reducing the incentive for pillage of Afghanistan’s cultural heritage and combatting profit from the sale of these cultural objects by terrorists and criminal organizations,” it explained.

The Taliban are well known for their destruction of cultural heritage in Afghanistan. Apart from blowing up the Bamiyan Buddhas in 2001, they have also been well known to use looted antiquities as a lucrative funding source.

Pieces of the Buddhas were later found to be sold as tourist trinkets in Pakistan.

And that’s far from the only thing Afghanistan's new Taliban government has to market. At the crossroads of the Silk Road and once home to cultures ranging from the Bactrian Greeks to Achaemenid Persians and the Turco-Mongol Timurids, Afghanistan is rich with material cultural heritage.

“Basically everyone who has been in control has been involved in the illegal antiquities trade in some way or another,” Sam Hardy, a criminologist who focuses on trafficking networks of illicit archaeological goods and cultural material told OCCRP. “Either the antiquities were looted by the people in power, or the local criminals were being taxed by them. That’s been the case under the Soviets, the Communists, the Mujahideen, the Northern Alliance, and the Taliban.”

That material has shown up around the world, in auction houses from Brussels to New York.

The move by the State Department comes shortly after President Joseph Biden announced that the U.S. would be seizing frozen Afghan government funds and dispersing them to aid organizations as well as to the families of victims of September 11.

Criminal enterprises, whether drug or antiquities trafficking, have long been the first move of the Taliban when short on legitimate cash. Now that they have the responsibility to govern, their expenses are even higher.

While opium – and its derivatives – like heroin has traditionally been the Taliban’s bread and butter, looted antiquities are no small side hustle.

The illegal antiquities trade is a multi-billion dollar global industry according to a 2018 report by Standard Chartered Bank. Looting of cultural property from active war zones is considered a war crime under the 1954 Hague Convention.

The ban, which according to the U.S. Federal Register, was requested by the U.S. backed Afghan government last April when they were still in power, is slated to last four years and will expire in 2026.

Banned for import into the U.S. is a wide range of material spanning several thousands of years.

“Archaeological material ranges in date from the Paleolithic (50,000 B.C.) through the beginning of the Durrani Dynasty (A.D. 1747). Ethnological material includes architectural objects and wooden objects associated with Afghanistan's diverse history, from the 9th century A.D. through A.D. 1920,” stated the Federal Register.