Social media isn’t just a platform for it’s users to present a real or a fake identity to the world, more and more it has become a home for fake consumer goods to be marketed, according to a new report by Ghostdata. 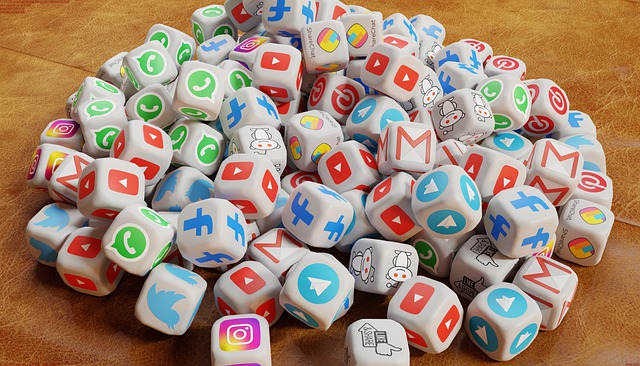 Meta’s properties including Facebook, Instagram and Whatsapp have become meccas for all manner of illegal trade, not just in counterfeit goods, but also looted antiquities, protected wildlife parts and other contraband. (Photo: Max Pixel, License)“Particularly Facebook (now Meta) and its subsidiaries have developed a strategy increasingly aimed at becoming an e-commerce leader, thus attracting a more diversified crowd of ruthless counterfeiters,” said the report.

Meta’s properties including Facebook, Instagram and Whatsapp have become meccas for all manner of illegal trade, not just in counterfeit goods, but also looted antiquities, protected wildlife parts and other contraband.

Over the years, new features provided by Meta, to help make their platforms e-commerce leaders, such as Facebook Pay, Shops and WhatsApp Business, have only lubricated illegal trade on the platforms.

Though Meta has declared its commitment to combating such trade, in practice moderation is often easy to circumvent.

Ghostdata found that on Whatsapp Business “it is not entirely clear how the moderation/filtering operates, but it obviously applies to image title and description, as well as to the image itself.”

To bypass any moderation it is enough to not use any name within a logo, avoid using words like "reply" or "copy," and cover a logo with a basic sticker. “Such trivial tricks make it possible to effectively use WhatsApp Business catalogs to promote and sell counterfeit goods,” it explained.

According to Ghostdata, counterfeit goods was a nearly US$500 billion industry in 2019, amounting to 2.5 % of all global trade.

China is a major source for the goods.

“The vast majority of these counterfeiters seem to be operating from mainland China,” said the report. “Clearly they do not target buyers in their local market, but mostly export all over the world. Counterfeiters from other countries, on the other hand, focus mostly on their respective local markets.”

Though Louis Vuitton was the most common brand imitated by counterfeiters, the fakes aren’t just designer sneakers or handbags either, but include medical supplies such as masks and pharmaceuticals with varying efficacy compared to the originals.

The COVID-19 pandemic has only served to boost the trade, as more and more consumers have turned to the e-commerce markets where counterfeiters thrive. The supply chain issues brought on by the pandemic have also offered new opportunities for counterfeiters to exploit.

Counterfeit-sellers have piggybacked on the production and distribution disruptions that have led to widespread shortages of authentic goods, thereby, enabling them to fill glaring voids for various types of products – albeit with inauthentic ones,” said the report.

Nonetheless, Meta has done little to stem the trade on its platforms.

“Despite Meta’s security reports and legal initiatives, the effects of their supposed crackdown on these illicit activities are disappointing and insufficient,” concluded the report. “At the same time, WhatsApp has become the counterfeiters’ favorite and most used tool. Particularly WhatsApp Business, an option aimed at mom-and-pop companies, is now used by 40% of such Chinese counterfeiters, surpassing even the local and wildly popular WeChat.

“This problem is now rampant also on Facebook itself: its various features, from Marketplace to Live, are used to openly showcase and promote a variety of counterfeit goods for sale,” Ghostdata said.