A former manager at the railway equipment company Bombardier Transportation in Sweden denied on Tuesday charges of paying a US$100 million bribe to win a contract in Azerbaijan. 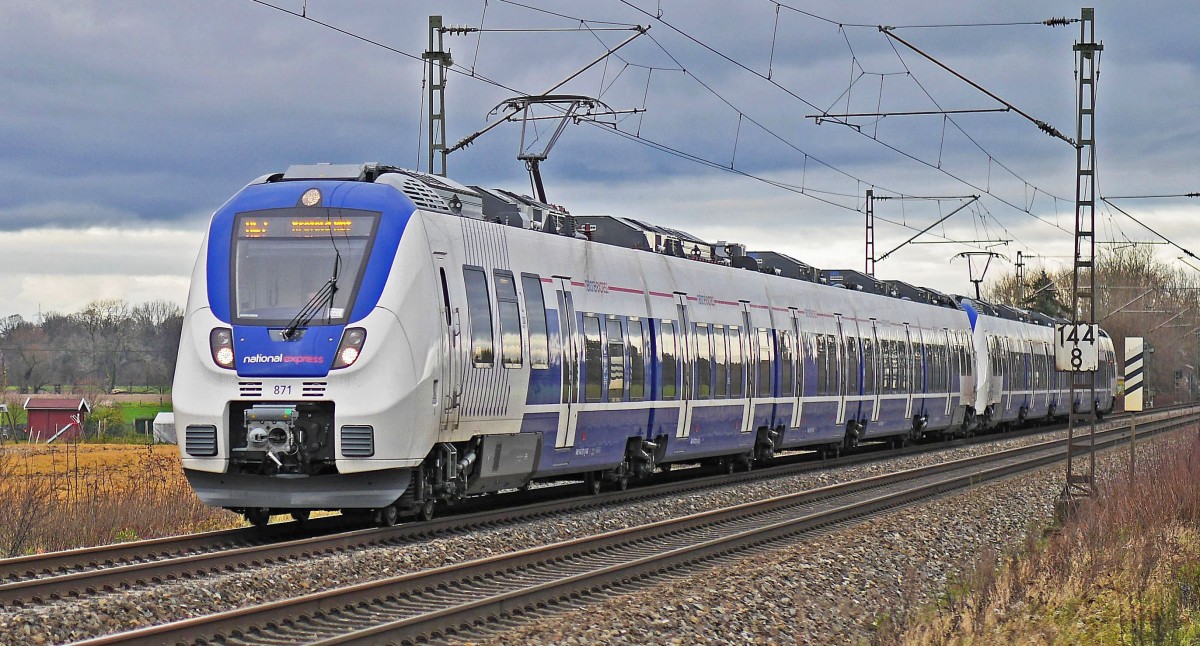 Bombardier and Trans-Signal-Rabita (TSR), a local partner in Azerbaijan, colluded with an official at Azerbaijan Railways (ADY) to rig the tender to suit their purposes, according to the indictment. (Photo: Pxhere, License)He did not approve the deal and had no contacts with Azeri officials, the manager’s lawyer claimed at the trial in the Stockholm District Court.

The former business area manager, Thomas Bimer, is charged with aggravated bribery when Bombardier in 2013 won a tender worth $340 million to upgrade the signalling system for a stretch of railway in Azerbaijan.

Bombardier and Trans-Signal-Rabita (TSR), a local partner in Azerbaijan, colluded with an official at Azerbaijan Railways (ADY) to rig the tender to suit their purposes, according to the indictment.

An ADY official also represented TSR. The deal was worth $100 million for TSR, and Bimer was responsible for it to go through, the prosecutor argues.

The accusations were refuted on Tuesday by the defense team when it presented its case to the court.

”Thomas Bimer never had any contact with representatives of ADY or Trans-Signal. Thomas Bimer did not have any knowledge of any employee at ADY who also had interests in Trans-Signal,” defense lawyer Tomas Nilsson told the court.

Bombardier Transportation had its regional headquarters in Stockholm, Sweden, until the Canadian-owned mother corporation sold its railway-related operations to French competitor Alstom earlier this year.

Stockholm was the global headquarters for signaling systems, and made numerous deals in countries in the former Soviet Union like Azerbaijan.

Bombardier denies wrongdoing. So does the alleged taker of the bribe, prosecutors say.

Swedish investigators have not been granted access by Azerbaijan to question him. The prosecutor has said he does not wish to speculate how high up in the hierarchy the alleged bribes went in Azerbaijan, a country well-known for corruption at the very top of society.

”Thomas Bimer did not set up the cooperation with Trans-Signal, neither was he involved in the due diligence of the company. That is not on a regional manager’s table,” Nilsson said.

However, Trans-Signal was properly scrutinized by a number of functions at Bombardier, the court was told. The Azeri company was then approved at the so-called group level, above Bimer’s, his lawyers said.

Finding a local partner is often necessary, the court was told. In former Soviet countries some of the best local partners in the business are privatized companies that used to be part of the government railway operators, like TSR.

”Choosing such a partner is not in the least suspicious or unethical, and certainly not criminal,” Nilsson said.

The prosecutors pointed out at the beginning of the trial last week that a person involved in the procurement arrangements was called Aliyev – just like the president of Azerbaijan.

The defense team hit back Tuesday.

”We Googled and found that 250,000 people in Azerbaijan are called Aliyev. We doubt that they are all related to the President. It’s like being called ’Nilsson’ in Sweden,” defense lawyer Anna Sjölund told the court.

When the scandal unfolded in 2017, OCCRP could show that the official address of TSR was a decrepit apartment building in the capital Baku. The listed owner, in turn, was living in a simple house in the countryside, with chicken and cows in his yard, and denied any knowledge of the company.

The defense lawyer Tomas Nilsson refrained on Tuesday from commenting more on the case than what he and his team said in the courtroom.

OCCRP could therefore not ask why the lawyers did not mention another central aspect of the deal - a U.K. shell company called Multiserv Overseas Ltd., controlled by Bombardier’s Russian partners.

Multiserv Overseas had no employees, no phone number, no offices. Yet it received around $86 million just as middlemen without adding anything of substance, inflating the overall price by 450 percent.

The World Bank, which financed 85% of the Azerbaijan project with a loan to the government, has argued in preliminary findings that those payments were corrupt too. The payments are not, however, covered by the Swedish charges since the prosecutors can’t indict anyone for them.

In 2017, Evgeny Pavlov, a Russian sales manager working at Bombardier in Stockholm, was charged and acquitted of bribery in connection with the same Azerbaijan deal by the Stockholm District Court. He then moved back to Russia and failed to appear when the case came up in the appeals court in February 2020.

Bimer could face up to six years in prison. A verdict could come late this year or in early 2022.