Jordan, Turkey and Mali were categorized last week as “Jurisdictions under Increased Monitoring,” or countries that have to work on removing strategic deficiencies in their systems to counter money laundering, terrorist and proliferation financing, a global finance watchdog said. 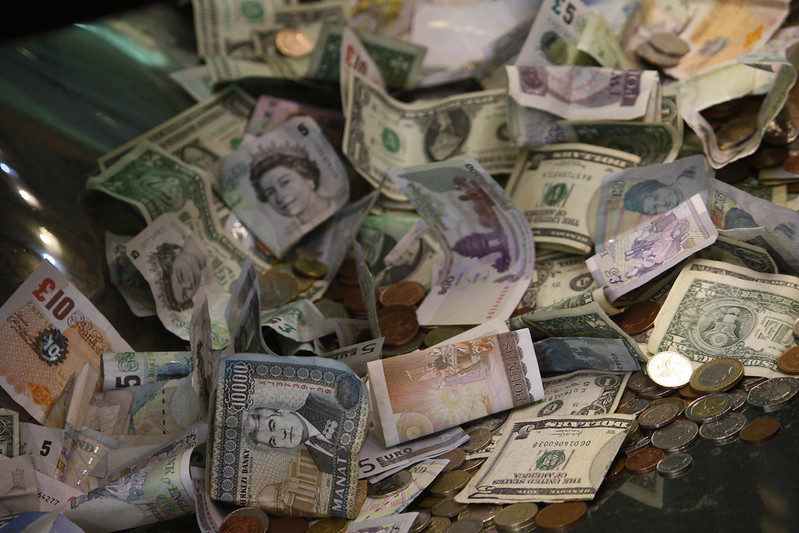 various banknotes by Lawrence OP on Flickr (CC BY-NC 2.0)The Financial Action Task Force’s (FATF) issues black lists and grey lists when a country is deemed to be at high risk of money laundering and terrorism financing. But issuance of the latter means that the country has pledged to work with the FATF to address those issues.

All three newcomers who dropped to the FATF’s grey list this month made “high-level political commitments” to work with the FATF to strengthen their anti-money laundering (AML) and counter-terrorism financing (CTF) regimes, the statement said.

However, local experts expressed concern with the assessment of their country’s rating by the AML/CFT watchdog.

“Being placed on the grey list means the country is one step closer to the black list which is a serious threat that would have a negative impact on foreign direct investment, international trade and foreign currency inflows,” a Jordanian lawyer told OCCRP, criticizing the Kingdom for being on any of those lists at all.

“A country’s inclusion on this list is generally considered a precursor to economic sanctions from the World Bank. Other consequences would be with respect to downgrading business ratings by rating agencies and down-streaming in banking relationships,” they added.

In June, Jordan amended its anti-terror and money laundering law after approval from the Lower House. The amendment was a direct response to a 2019 FATF evaluation of the implementation of AML/CFT standards in the Kingdom, which found it to be “compliant for four and largely compliant for 15 of the FATF 40 Recommendations,” according to a statement given to local media at the time.

But the Lower House’s endorsement fell beyond the deadline set by the mutual committee due to opposition from a number of deputies on the grounds that the proposed AML regulations would harm the Jordanian economy, a government official told OCCRP.

Had the law been endorsed before the June deadline set by FATF, the grey listing could have been avoided, he said.

But it wasn’t just deputies who resisted the changes.

Lawyers and auditors, who the new law will also affect, joined in opposing the proposed legislation, thereby opposing regulations that would require them to flag clients suspected of money laundering or terrorism financing.

A Jordanian official who declined to be identified but was involved in the reform process told OCCRP that the listing’s “timing is bad,” but remains optimistic that it will not affect the country’s banking system or bank transfers because Jordanian banks are “trusted by their corresponding banks.”

"Had there been no resistance from parliament and delays in accepting the changes needed, the law would have come out on time and we would have been largely spared from being placed on the greylist. But we will get out of it within the set deadline," he said, adding that “now all of the legal changes and necessary amendments to the law have been made.”