Three men accused of laundering millions of dollars on behalf of transnational organized crime and drug traffickers have been arrested and charged in the U.S., the Department of Justice revealed in a statement on Wednesday. 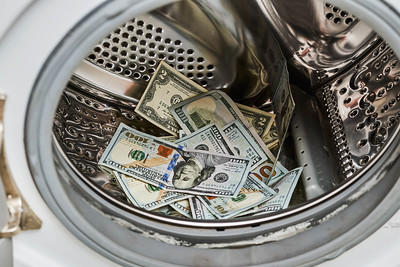 If found guilty, the three could face up to 20 years in prison. (Photo: Marco Verch Professional Photographer, Flickr, License)Yosef Cohen, Vague Tergalstanyan, and Igal Ben Hanan were all taken into custody in mid July and charged with conspiracy to commit money laundering.

“Cohen, Tergalstanyan, and Ben Hanan worked on behalf of organized criminal enterprises operating in several countries around the world,” the DoJ said. However, they were ultimately brought down by a team of undercover agents posing as narcotics traffickers.

According to their indictment, the group was active since at least 2018, and unknowingly presented themselves to the FBI as capable of laundering tens of millions of dollars.

“In recorded conversations with undercover law enforcement officers (the “UCs”) who represented themselves to be members of an international organized criminal enterprise that distributed narcotics and laundered money, the defendants planned money laundering transactions of narcotics proceeds and discussed moving tens of millions of dollars of illicit money on behalf of international criminal organizations,” the DoJ said.

At one point, they even made cash drop offs for the agents around the country, at another, while attempting to fraudulently secure a U.S. visa for Ben Hanan, a foreign national, they accepted US$150,000 of purportedly unlaundered narcotics proceeds from the undercover agents, promising to repay it as clean currency.

“Subsequent wire transfers sent by the defendants to the UCs as repayment were falsely described by the defendants as accounting for a particular month or time period, so as to appear like legitimate business transactions,” said the DOJ.

If found guilty, the three could face up to 20 years in prison. Trial dates have not yet been revealed.