A court in Togo issued extensive prison sentences to eight maritime pirates on Monday for the attempted hijacking of a tanker ship in May of 2019. It’s the first time that pirates have been tried and sentenced in a country where maritime piracy has been an ongoing serious problem. 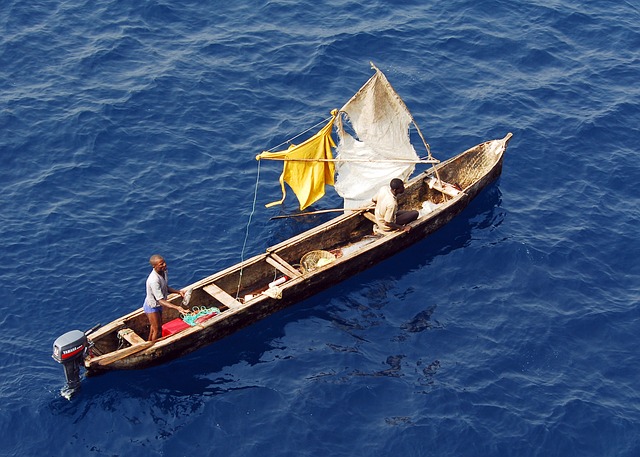 Just under half of all sea kidnappings for ransom worldwide occur in the Gulf of Guinea. (Photo: David Mark, Pixabay, License)The Lomé Court of Appeal handed down a sentence of 15 years and a fine equivalent to US$90,000 to Nigerian Peter Paul, who was thought of as the “mastermind” of the pirate gang. He has also been banned from stepping foot in Togo for five years after his release.

The pirates attempted to hijack a tanker belonging to a Beninese shipowner that had been sailing on Togolese waters and flew the Togolese flag.

The gang took the crew hostage and searched for property, but the Togolese navy arrived in time to confront them.

"People should understand that piracy and armed robbery at sea will be punished. And for these sea offenses, we will be uncompromising," Attorney General Kodjo Gnambi Garba told Voice of America.

One of the Togolese defendants was acquitted for his role in the hijacking.

Just under half of all sea kidnappings for ransom worldwide occur in the Gulf of Guinea, the 3,500 mile stretch of coastline that snakes around the continent’s eastern crook. The International Maritime Bureau reported in April that all 40 kidnapped crew incidents reported in the first quarter of 2021 took place there.

Before the pandemic, in 2019, nearly 100 attacks took place on the coast of West Africa. A mix of reasons contribute to the particular dangers of the West African coast, including widespread corruption and poverty in the twenty or so nations clustered along the coast, bountiful natural resources offshore, the absence of strong counterpiracy efforts, and the lucrative potential of piracy for many local fishermen put out of work by competing industrial fishing companies.

It’s possible that West African governments may be finally taking a stance against the persistent dangers that piracy poses. In May, shipping companies and international maritime associations applauded the launch of a Nigerian government-backed response to piracy and robbery in the Gulf of Guinea.