The transport business is often hijacked by organized crime – in particular the highly lucrative vehicle-towing industry – which gangs infiltrate across the U.S., Canada, Australia and South Africa through violence, intimidation and corruption, the Global Initiative Against Organized Crime warned. 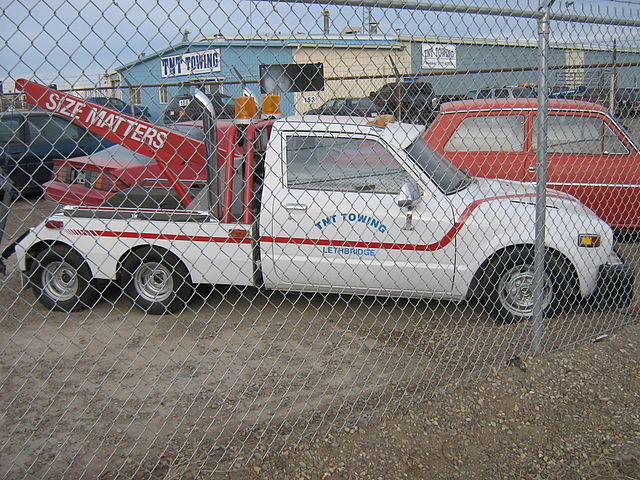 Towing business attracts the interest of crime groups for various reasons. (Photo: dave_7, Flickr, License)The widespread problem is often referred to as the “tow truck wars,” according to the organization’s June 2021 report, which says this is a small industry that has been “vulnerable to hijacking by criminal groups for decades without effective countermeasures.”

The report claims that organized crime groups generally benefit from corruption of the legal transportation sector due to the prevalence of the illegal movement or smuggling of people, goods and services in their operations.

Towing business attracts the interest of crime groups for various reasons. It’s highly lucrative in both private and public service contracts, with opportunities for local monopolies.

“In the public sector, especially, the allocation of these contracts can be rigged by collusion, corruption and threats of violence,” the report said.

The business can be easily used for money laundering purposes as well, due to lax enforcement of regulations, read the report.

All this often leads to full scale “turf wars” in the business, which are prominent across Canada, according to the report, especially in the provinces of Quebec and Ontario.

Particularly in Ontario, there is little regulation of the tow truck industry and operators are generally not licensed, which leads to “accident-chasing practices.” At the scene of an accident, five or more trucks may immediately show up to solicit the business of the injured, often using deception and charging exorbitant prices.

In 2018, a full-scale “turf war” erupted in the province, with more than 50 trucks set on fire, and at least four men with ties to the industry being killed, the brief said.

The tow truck industry in Australia has also consistently been affected by violence and organized crime infiltration. In 2004, the industry in Sydney was engulfed in a violent turf war, with racketeer operators torching a total of 22 tow trucks over a period of 18 months.

The report added that as of 2019, the city’s tow truck operators were still facing intimidation, violence, and vehicle firebombing by organized crime groups.

In South Africa, “deadly violence, intimidation, attacks, stabbing and damaged vehicles have been features of the tow truck industry for many years,” the report claims.

In order to mitigate and prevent these “wars,” the brief suggests that law enforcement be proactive and pay attention to these issues before violent confrontations break out.

As long as law enforcement and local governments focus their attention on controlling illegal markets rather than exploitation of legal markets, the ‘tow truck wars’ will continue, the GIAOC added. It concluded that a radical rethinking of the current approach to protecting this and other legal markets against the assaults of organized crime groups is long overdue.