The Philippines Probe Officers Over Human Trafficking to Syria

Authorities in the Philippines have launched an investigation against nearly 30 immigration officers for their alleged role in the trafficking of dozens of women to Syria where the victims were underpaid and abused. 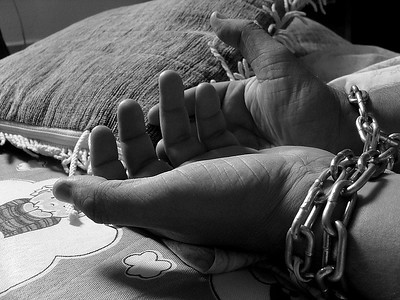 The victim alleged she was told she would work in Dubai, United Arab Emirates, she was later informed that she would actually be going to Damascus. (Photo: Global Panorama, Flickr, License)The country’s Bureau of Immigration Commissioner, Jaime Morente, said on Wednesday that authorities have created a committee to determine the circumstances under which the women left the country and said the office won’t hesitate to adopt “the harshest penalties” against those involved.

“We received information from the Department of Foreign Affairs Office of the Undersecretary for Migrant Workers Affairs about 44 women in Syria that were victimized by human trafficking syndicates,” said Morente at the Tuesday hearing in front of the Senate Committee on Women, Children, Family Relations, and Gender Equality.

During the hearing, senators revealed the testimony of a Filipino woman who was illegally hired to work and ended up in Syria two years ago. She claimed that immigration officers facilitated her trafficking and charged P50,000 (around US$1,000) each for their involvement in the sale.

The woman made the allegations in a Sunday call with senator Risa Hontiveros. She also reported being underpaid, experiencing abuse, and working extended hours.

Last month, the Department of Foreign Affairs announced the repatriation of the first batch of six Filipinas trafficked to Syria, where they worked illegally. Authorities in the Philippines said they lobbied with their Syrian counterparts to secure a safe return.

“Like what we raised during the previous hearings, this scheme has grown with people from many sectors involved,” said Morente, who added that at least 28 officers are currently under investigation for their alleged participation in the trafficking.

The commissioner said that authorities prevented 112,000 Filipinos from leaving the country with “improper documents” between 2017 and 2020 as they presumably were traveling abroad to work on a tourist visa.

He added that immigration authorities referred 1,070 people to the InterAgency Council Against Trafficking during the same period for being potential victims of human trafficking.

Last February, the United Nations Office on Drugs and Crime (UNODC) said governments detected nearly 50,000 human trafficking victims in 148 countries only in 2018, an increase of 52% compared to the 2016 records when countries reported about 24,000 victims globally.

The U.N. also alerted in its Global Report on Trafficking in Persons 2020 that the COVID-19-induced recession will likely increase the number of potential human trafficking victims as criminal groups traditionally target people in vulnerable socio-economic conditions.