As countries all over the world are frantically trying to get hold of COVID-19 vaccines, the European Anti-Fraud Office (OLAF) is warning EU governments to be “on guard” against - what it described as - very often fake offers. 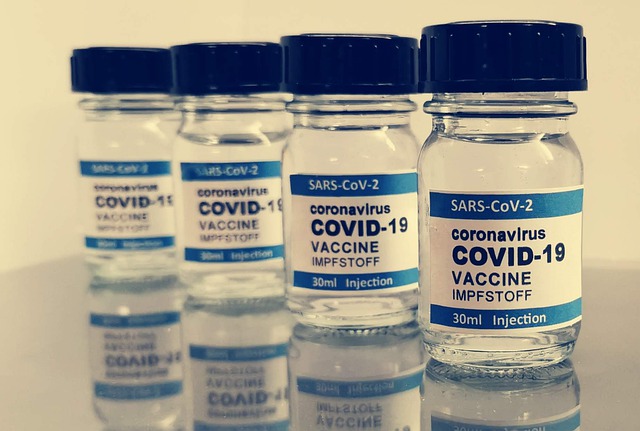 OLAF warns of fake COVID-19 vaccines. (Photo: Wilfried Pohnke, Pixabay, License)“We are hearing reports of fraudsters offering to sell vaccines to governments across the EU. These offers come in many different forms,” Director-General of OLAF, Ville Itälä, said in a press release on Monday.

He warned that fraudsters “may offer to sell large quantities of vaccines, deliver a sample in order to pocket the first advance payment and then vanish with the money.” They might also deliver fake vaccines or falsely purport to represent legitimate business and claim to be in the possession of or having access to vaccines.

“All of these claims have one thing in common: they are false. They are hoaxes organized to defraud national authorities looking to step up the pace of vaccination to keep their citizens safe,” Itälä said and stressed that such criminals “must be stopped as quickly as possible.”

Criminal groups saw the outbreak of the COVID-19 pandemic in early 2020 as a challenge and looked for ways to profit from the situation through illicit trade of face masks, disinfectants, medicines and medical devices.

Nearly a year ago OLAF opened an official inquiry into such deals. The investigation has led to the identification of over 1,000 suspicious operators and to the seizure or detention of over 14 million items, the agency said.

However, “no seizures of fake vaccines have been recorded as yet,” it added.

Meanwhile, on the other end of the globe, Chinese authorities recently arrested dozens of suspects allegedly involved in the production and distribution of fake COVID-19 vaccines.

One of the groups made about 18 million yuan (US$2.8 million) offering fake vaccines, masked with original-look-like bottles, but filled with a special formula - saline solution and mineral water, according to Reuters.

A batch of the vaccines were smuggled overseas, but it is not known where they were sent to, according to BBC.

Other sales were reportedly made via "internal channels" of genuine manufacturers, or the vaccines were sold at inflated prices in hospitals.

In some more grim cases criminals themselves organized vaccination, hiring “village doctors” to  vaccinate people with fake doses in their homes and cars, according to the report.