Museum of the Bible Returns Looted Artifacts to Egypt and Iraq

President of the U.S. arts and crafts store, Hobby Lobby, and board chairman of the Washington D.C.-based Museum of the Bible, Steve Green, has returned thousands of potentially looted artifacts to Egypt and Iraq, the Museum announced in a recent statement. 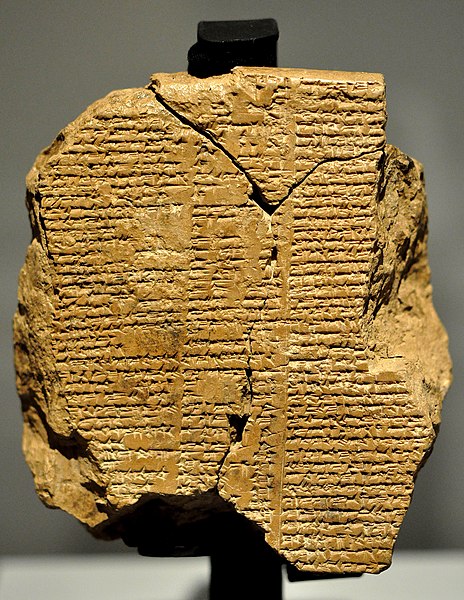 Another artifact previously seized from the Museum was the famous Gilgamesh Dream Tablet. (Photo: Osama Shukir Muhammed Amin FRCP(Glasg), Wikimedia, License)The items were part of the museum’s collection and included some 5,000 papyri fragments from Egypt and more than 8,100 clay tablets from Iraq.

Green said he came into possession of the artifacts over years of private collecting, and announced in March his intention to return them.

“In 2009, when I began acquiring biblical manuscripts and artifacts for what would ultimately form the collection at the Museum of the Bible, I knew little about the world of collecting,” Green said in March.

“I trusted the wrong people to guide me, and unwittingly dealt with unscrupulous dealers in those early years. One area where I fell short was not appreciating the importance of the provenance of the items I purchased,” he said.

The artifacts were found by the museum’s own researchers to have insufficient providence records, i.e a documented trail of possession beginning with their excavation.

“When I purchased items in those early years, dealers would make representations about an item’s provenance, which the consultants I employed would say was sufficient.  As I came to understand taking a dealer at his or her word was not good enough,” Green said in March.

Accurate and legal provenance is a key measure to stem the tide to the illegal antiquities trade, estimated by Standards Chartered Bank to be a multi-billion dollar industry.

False provenance records are often fabricated by suspect dealers and smugglers to get illegally acquired artifacts off the black market and into legitimate auction houses, while the artifacts proceeds can then be used for money laundering purposes or to fund terrorism and organzied crime.

The trove of artifacts began making their way back home in January Green said. “We understand the U.S. government has now delivered the papyri to Egyptian officials” he explained. “On January 27, 2021, we initiated the shipment of the 8,106 clay objects to The Iraq Museum in Baghdad.”

However, the recent load of artifacts was far from Greene’s first run in with the illegal antiquities trade.

In 2017, his company Hobby Lobby, was forced to pay a US$3 million dollar fine by the U.S. Dept of Justice and return thousands artifacts to Iraq that it was accused of smuggling.

In May, Hobby Lobby sued Christies, for selling it another artifact which was ultimately seized by the U.S government. Hobby Lobby had bought the so-called Gilgamesh Dream Tablet which depicts part of Sumerian epic for some $1.6 million from the auction house, and had intended to display it at the Museum of the Bible.

According to the DOJ, the artifact had filtered through a slew of suspected dealers, and likely was looted from Iraq at some point in the 20th century.