Bolsonaro Warns Brazil Could Suffer a Political Crisis like the US

Brazilian President Jair Bolsonaro warned last week that because of a lack of trust in the electoral system – which he has repeatedly claimed is vulnerable to fraud – his country could experience a political crisis similar to the one in the United States. 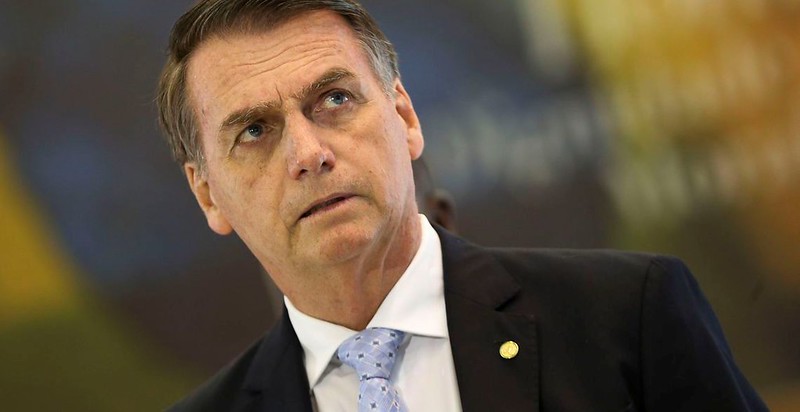 Brasilian President, Jair Bolsonaro. (Photo: Jeso Carneiro, Flickr, License)While experts and local judges have said in the past that Brazil's electronic voting system is fair and accurate, the far-right leader has insisted that it is fraudulent, without offering any evidence for his claim. He also urged the country to go back to printed ballots in the presidential elections of 2022, when he plans to seek a second term.

“If we don't have printed ballots in 2022, a way to audit votes, we will have worse problems than the United States," Bolsonaro told supporters on Thursday outside the presidential residence in Brasilia.

His remarks came a day after the mob attack in Washington, when President Donald Trump’s supporters stormed the Capitol shortly before Congress was convening to certify Joe Biden’s victory.

“People now have to analyze what happened in the American elections,” Bolsonaro said.

“Basically, what was the problem, the cause of this whole crisis? Lack of confidence in the vote,” he said, explaining that because of the pandemic, Americans overwhelmingly voted by mail, and that as a result, “there were people there who voted three or four times, as well as dead people.”

The Brazilian leader has widely criticized his country’s voting system in the past. In the 2018 presidential election, where he secured a victory after the second round, Bolsonaro said that he was certain he would have won outright if there had not been electronic ballots boxes.

More recently, in Brazil’s local elections held in October of last year, the President cast doubt on the reliability of the machines again.

OCCRP recently named Bolsonaro the 2020 Person of the Year for his role in promoting organized crime and corruption.

In a narrow battle with two other candidates – U.S. President Donald Trump and Turkish President Recep Erdogan – OCCRP awarded Bolsonaro the unflattering title because of his links to corrupt figures, the use of propaganda to push a populist agenda, his attacks against the justice system and his continual destruction of the Amazon.