Three months after unrest swept the country following a vote buying scandal that led to the annulment of elections results, the Kyrgyz people once again went to the polls on Sunday to decide not just on a new president, but also on a controversial new constitution. 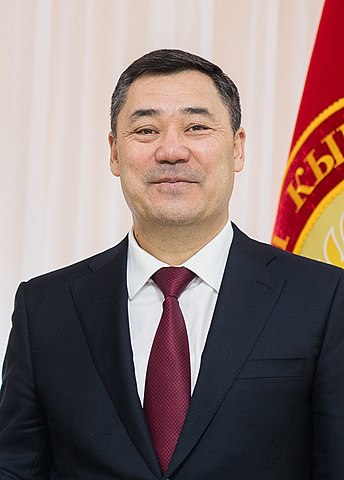 A new law which parliament approved two weeks ago offers so-called “economic amnesty” to those who turn over illegally acquired assets. (Photo: Österreichisches Außenministerium, Wikimedia, License)Though it will take some time for officials to declare the winner, preliminary results place Sadyr Japarov, who has already been the de facto leader of the Central Asian country for months, as the new president and his draft as the new constitution.

Japarov was serving his 11-year prison sentence for the kidnapping of a local official when he went from a prison cell straight to the presidential office after an angry crowd freed him the night the October riots erupted in response to what protesters saw as a rigged election.

Kyrgyz politics have long been seen as riddled with bribery - something the U.S. embassy sharply criticized at the time.

“Citizens and their leaders must continue to fight against the influence of organized crime and corruption in politics,” the embassy said in a statement back then.

Since freed from jail, Japarov acted as prime minister and as president but then stepped down in order to be eligible to run for president this weekend.

However, the steps he and the parliament took between October and the Sunday vote haven't inspired confidence in a democratic future devoted to anti-corruption measures.

A new law which parliament approved two weeks ago offers so-called “economic amnesty” to those who turn over illegally acquired assets.

Among those the new law might protect is former chief customs officer Raimbek Matraimov, who, through a joint investigation by OCCRP and KLOOP, was revealed to have run a smuggling empire that netted him millions of dollars.

Japarov announced the idea for the law only a day after Matraimov was put under house arrest following the revelations. At the time, Matraimov agreed to return US$24.7 million to the state, according to RFE/RL.

Matraimov is not the only one who may benefit from the new bill. According to Kyrgyz authorities, some 1,300 financial criminals may be eligible for the amnesty, Intellinews reported.

Japarov also drafted a new constitution that many see as dangerous because it gives the president sweeping powers. This is why some have on social media jokingly rebranded it a Khanstitution.

The document forbids the media from going against “generally recognized moral values and the traditions of the people of Kyrgyzstan.”

“Such a provision is incompatible with Kyrgyzstan’s obligations to respect and protect fundamental rights of expression, assembly, and association,” Human Rights Watch said.