An international press freedoms watchdog has found that Mexico was the deadliest country in the world for media workers in 2020, with nine reporters killed in the last twelve months. 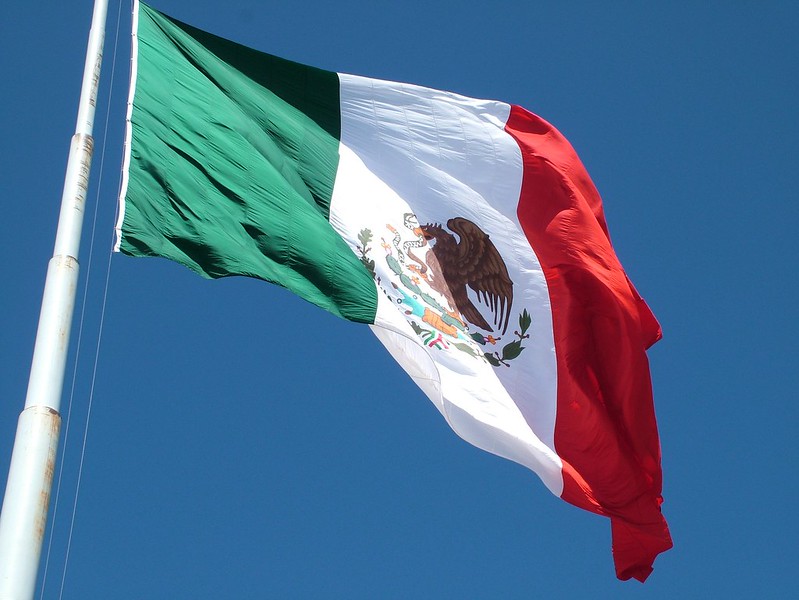 It has been a turbulent year for Mexico. (Photo: World's Direction, Flickr, License)In a report published on Monday, the Committee to Protect Journalists said that the proven motive behind at least half of these killings was retaliation for press coverage, with three taking place during one ten-day period in November.

The figures mean that almost a third of the thirty journalists murdered around the world since January died in a country that accounts for less than 2% of the global population.

Other states with high death tolls for press workers included Afghanistan, where Islamic State recently claimed responsibility for the car bomb that killed reporter and women’s rights activist Malalai Maiwan, and the Philippines, where in May investigative reporter and radio host Rex Pepino was shot five times at close range while traveling home from his evening program the night before.

Those killed in Mexico since January include Julio Valdivia, who was found decapitated in Veracruz earlier in September, and Victor Fernando Alvarez, whose head was allegedly discovered in April at a high school in Acapulco.

Their deaths bring the number of journalists killed in the Central American country since 1992 to 57 — among them Regina Martinez, whose 2012 slaying remains shrouded in mystery— with a further 14 media workers still missing.

CPJ previously told OCCRP that Mexico has not only done little to improve its grim historic record on protecting the country’s press from violent attack, but also that President Andres Manuel Lopez-Obrador’s divisive rhetoric is actively continuing to place reporters at risk of serious harm.

Jan-Albert Hootsen, the organisation’s representative in Mexico, has said that individuals and publications alike are receiving death threats fuelled by censure from the country’s leader, and that the accompanying violence against reporters virtually never makes it through the investigative process, meaning that perpetrators enjoy “a level of impunity of almost 100%.”

The past year has also proven a turbulent time for Mexico in other respects, with the increasing chill in its relations with the United States threatening a crucial partnership in its efforts to address the ongoing security crisis, marked in the first four months of 2020 by some of the highest monthly homicide rates since records began.

Mexico’s congress recently approved new legislation significantly curtailing the activity of foreign intelligence agents in the country, indispensable to joint operations seeking to trace and arrest those responsible for the rampant trafficking of drugs across the U.S. border, as well as piecemeal shipments of guns and caravans of vulnerable migrants.

Described by Attorney General William Barr as threatening to make both countries significantly “less safe,” the introduction of the new laws last week followed shortly after Mexico City had secured the extradition of a former defense secretary, citing questions of national sovereignty.

Having been facing prosecution on drug charges in the United States, the former official has subsequently returned to his home country a free man.

These decisions by Mexico City have struck an odd tone against its anti-corruption efforts over the last twelve months, which have themselves gathered pace such that Lopez-Obrador had previously claimed he would be willing to extradite many of the country’s former leaders to the United States.

Ex-presidents are protected from prosecution by Mexico’s constitution, and Lopez-Obrador had floated the idea as an option for holding his predecessors accountable for turning Mexico into a narco-state.

Anti-graft initiatives have enjoyed some considerable successes, most notably in the form of ongoing developments in Mexico’s investigation and prosecution of a massive bribery scandal that has all but engulfed its state-owned oil company, Pemex.

They have also been accompanied by broad domestic enforcement actions against the country’s notorious drug cartels, including the arrest of Jose Antonio ‘El Marro’ (‘The Sledgehammer’) Yepez, leader of the Santa Rosa de Lima Cartel, as well as the freezing of bank accounts with ties to the Cartel Jalisco Nueva Generacion and their rivals, the Sinaloa Cartel.

However, government resources have suffered under significant strain amid the ongoing coronavirus pandemic, and the cartels, who have weathered disruption to drug-trafficking routes with remarkable ease, have been quick to seize upon the resulting scarcity of goods as a means of garnering public sympathy.

These have ranged from the Sinaloa syndicate’s expansion of its European operations and the alleged recruitment of Mexico’s consul in Barcelona by the Los Zetas cartel, to the role played by various religious organisations in money laundering networks throughout the Central Americas.

They have also included projects exposing the sheer breadth and scope of human smuggling operations in the region, and even the arrival of a Romanian ATM-skimming gang in the scenic Riviera Maya district, on Mexico’s Carribean coast.