After publishing a report casting further doubt on Cyprus’ controversial and recently suspended citizenship by investment program, auditor general Odysseas Michaelides is facing government pushback that could lead to his ousting. 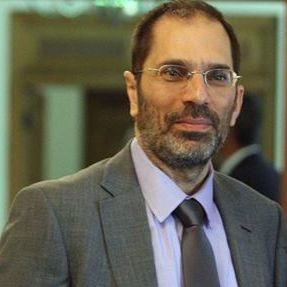 Cyprus' Auditor General Odysseas Michaelides. (Photo: Audit Office of the Republic of Cyprus)While Michaelides’ report does not refer to any government official by name, it alleges a possible abuse of power by Cypriot politicians who were involved in granting citizenship to 18 executives of a casino project, along with 60 investors of an online video game platform, all of whom his office says did not meet the country’s formal criteria for receiving passports.

The auditor general now faces political backlash from high-ranking politicians, who have hinted that he may be called to the country’s Supreme Court – which could ultimately force his removal from office – to answer for what government spokesperson Kyriacos Kousios described as his “indecent” behavior, and for overstepping his authority.

Michaelides’ decision to release his office’s report, Kousios said, “violates the provisions of the Constitution, disdains institutions and, unfortunately, damages the prestige of the institution he was called on to serve.”

Michaelides had reportedly been warned not to publish any details of his report by Cyprus’ Attorney General Giorgios Savvides, who last August announced a four-member independent committee which has been tasked with investigating all citizenships granted to foreign investors, between 2007– when the scheme was launched – and August 17, 2020 which is the date the new legal framework on Cyprus’ citizenship by investment programme was put in effect.

The auditor general went ahead anyway, saying on Twitter that instead of attempting to block the report, the government should be focused on increasing transparency, which he called “the main enemy of corruption.”

On Tuesday, Michaelides was reportedly grilled for four hours by a committee assembled by Attorney General Savvides, which asked him how he was able to determine whether any law was broken throughout his investigation of the individuals he accused of having improperly been awarded Cypriot citizenship.

The auditor general spoke out to the media on Thursday, telling reporters that it would be determined by investigators and the courts whether there were possible criminal offences detailed in his report.

“There are serious issues to be investigated,” he said, adding that corruption and abuse could not be ruled out, and it remains to be seen who may have committed these offences.

Cyprus’ government stated that it would not restore a version of its golden passport program that it suspended on November 1st, after an Al Jazeera investigation revealed how public officials – including the head of its parliament – bypassed safeguards to provide citizenship to convicted criminals.

“A scheme associated with the previous one cannot be implemented again,” Finance Minister Constantinos Petrides said on Friday.

The government, however, continues to defend the economic viability of issuing golden passports - a program that has injected US$8 billion into its economy since 2013, along with the two investment projects that were scrutinized in the recent audit office report.

Kousios, the government spokesperson, said that the casino detailed in the report, led to a 600 million euro ($728.74 million) investment along with 3,000 high paying jobs, and that the gaming platform, Wargaming.net , which chose to set up its headquarters in Cyprus, has contributed over 800 million euro ($971.5 million) to the Cypriot economy, along with 700 permanent jobs.

The public spat between the two officials most responsible for overseeing the vulnerabilities in Cyprus’ golden passport program suggests that the European Commission – which could launch legal action against the country over the issue – may eventually have to serve as a more pronounced arbiter in the situation, Cypriot lawyer Achilleas Demetriades said in a recent op-ed.