The European Commission said on Thursday that it fined Teva pharmaceuticals, the largest generic drug manufacturer in the world, €60.5 million (US$72 million) for illegally delaying the entry of a cheaper generic version of a drug for sleep disorders. 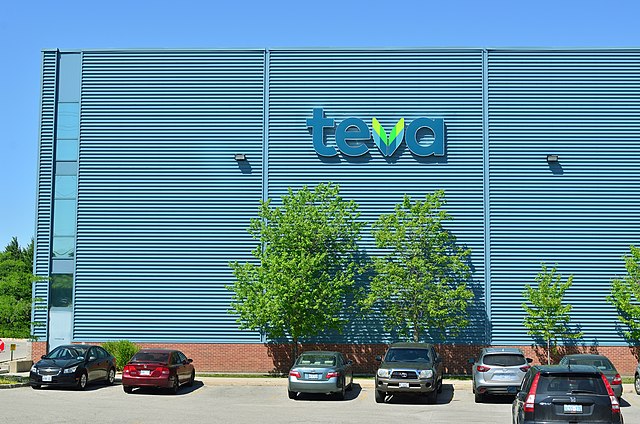 Canadian largest pharmaceutical company, Teva. (Photo: Raysonho, Wikimedia, License)The Israeli pharmaceutical company was found to have violated EU antitrust rules by engaging in a “pay-for-delay” agreement, where it allowed its competitor, Cephalon – a company it acquired – to continue charging higher prices for a drug that had long lost its patent.

“It is illegal if pharmaceutical companies agree to buy-off competition and keep cheaper medicines out of the market,” said the commission’s Executive Vice-President Margrethe Vestager, who is also in charge of competition policy.

She added that the two companies’ maneuvers “harmed patients and national health systems, depriving them of more affordable medicines.”

The Commission’s investigation, which was first opened in 2011, found that Teva agreed to a “package of commercial side-deals” with Cephalon in exchange for delaying the launch of its generic version of modafinil – a drug prescribed for sleep disorders such as narcolepsy – after the company’s patent had expired in 2005.

Teva allowed its competitor to continue charging these high prices for nearly six years, before subsequently acquiring the company in October of 2011.

The company has already settled for $70 million in July of 2019 with the state of California for violating antitrust laws related to this case.

“We’ve seen the way prices have been jacked up in ways that are incomprehensible,” said Xavier Becerra, the state’s attorney general, following the settlement, adding that these pay-for-delay arrangements are “dark” and “collusive.”

The company’s actions in this case could just be the tip of the iceberg in terms of other reported attempts of inflating prices on a wide range of its generic drugs.

In May of 2019, 44 US states filed suit against the company, alleging that it has a long history of entering discreet agreements with its supposed competitors in order to maintain higher prices.

According to the lawsuit, Teva is at the center of a conspiracy in which it colluded with competitors to raise prices on 86 medications used for a wide range of treatments for conditions that include cancer, epilepsy, high cholesterol, high blood pressure, diabetes, and many more.

“The size of the price increases varied, but a number of them were well over 1,000%,” the complaint said.

Teva maintains that it has not engaged in any civil or criminal liability in the US lawsuit, and has also denied its culpability in the most recent EU Commission lawsuit, saying it intends to appeal the case.

“We are currently reviewing the decision but we continue to believe the modafinil patent settlement agreement did not infringe EU competition law,” it said in a statement.