A Canadian non-governmental organization urged the Democratic Republic of Congo and its neighbors to crack down on the illicit mining and trade of gold which has been robbing citizens of millions of dollars in taxes every year. 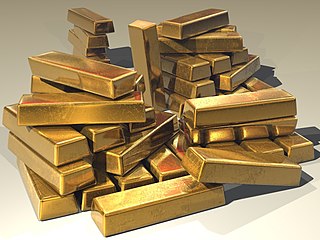 Rwanda has become a major transit hub for illegal Congolese gold. (Source: Wikimedia Commons)Just a small fraction of the 15-22 tons of gold mined in the DRC every year is officially declared and legally exported - a measly 56 kilograms in 2018, according to IMPACT, an organization advocating the transformation of natural resource management.

Nonetheless, some 98% of the country’s gold production still finds its way out of the country thanks to the same actors, according to the the organization’s new report.

Gold smuggling networks in the eastern DRC “are comprised of the same individuals and entities named year after year in reports from the UN Group of Experts and other organizations,” the report said. “While they may shift their operations to different jurisdictions and change their routes, known smugglers appear to operate with impunity and without fear of consequences.”

Therefore there is little incentive to work within the legal system, and the gold smuggling networks are well established and well practiced, according to IMPACT.

The organization urged the government to investigate and bring to account the smugglers,  deny trading or exporting licenses to those tied to the illicit trade of gold and announce their names to the industry worldwide.

However, it isn’t just the DRC which is the source of the problem.

“Neighbouring countries are failing in their customs and due diligence obligations and their commitment to address the illegal exploitation of natural resources,” IMPACT said. “Customs authorities in Rwanda and Uganda are either not completing due diligence on gold imports and exports or are ignoring suspect documentation.“

Rwanda has become a major transit hub for illegal Congolese gold. Despite an official export tally of around 2,000 kg, nearly 13,000 kg entered the UAE which was flagged as coming through Rwanda.

IMPACT suggested that Rwandan and Ugandan authorities need to seriously address the smuggling routes on their own side of the border.