Former Ecuadorian President Rafael Correa, who has been living in exile in Belgium, denounced on Tuesday a court decision that upheld an eight-year prison sentence which will ban him from running for public office for 25 years. 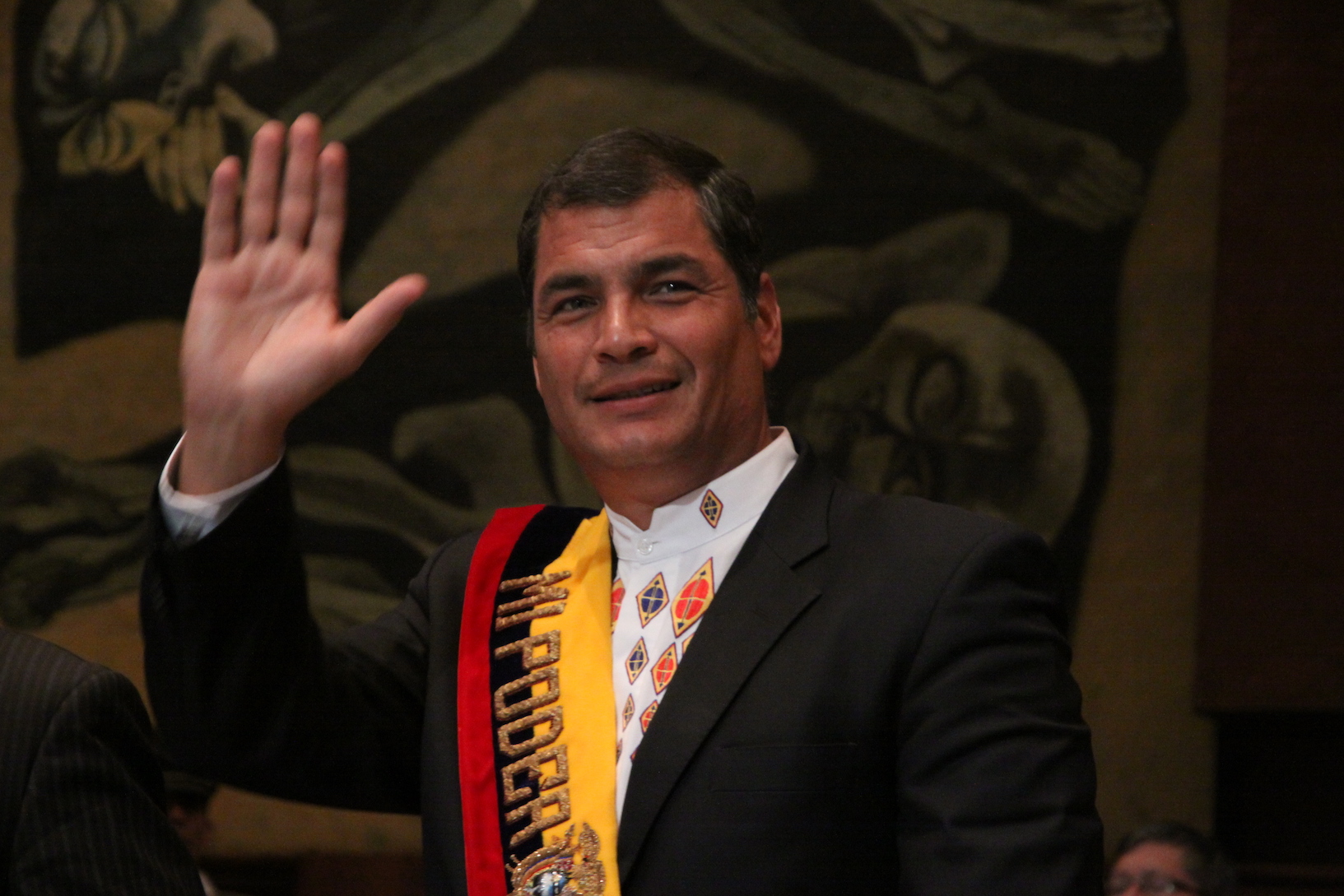 Ex-President of Ecuador, Rafael Correa. (Photo: Asamblea Nacional del Ecuador, Flickr, License)Correa, who had been mounting a vice-presidential run in the upcoming February 2021 presidential elections to help defeat President Lenin Moreno – a former political ally turned adversary – was found guilty of financing political campaigns between 2012 and 2016 through bribes that were received from private companies.

The ex-president had filed his last appeal of the charges to the National Court of Justice, which denied the request and ratified his sentence, along with those of 15 other officials from his party and the businessmen it determined to have conspired in the case.

“Nobody is above the law,” said Attorney General Daniela Salazar, who called the court’s decision a “victory for all Ecuadorians” at a televised press conference.

“I will be fine,” Correa wrote on Twitter, saying that those in power “don’t understand that the only thing they are doing is increasing his popular support,” and that “he is merely being convicted of being able to beat the opposing party.”

Correa elaborated in a video he posted from his house in Belgium that when he took office, he “learned that he should never be afraid, and that he should always have faith,” before describing the ruling as “an embarrassment.”

He reminded his viewers that Ecuadorian officials had originally attempted to delay the presidential election when it appeared unlikely that they would be able to sentence him prior to it, but then succeeded in ratifying the court’s decision in record time, where they “manipulated evidence, and relied on the communication between judges and prosecutors.”

“You have to have a really twisted soul to confuse justice with vengeance,” he said.

Correa has been living in Belgium since his second presidential term ended in 2017. He first requested asylum in 2018 to avoid extradition after a judge opened a case against him for his involvement in a failed attempt to kidnap an opposition leader in 2012.

Interpol ultimately rejected an arrest warrant that had been issued for Correa, saying it was "obviously a political matter."