France Probing if 2.2B Tax Credit to Societe Generale was Illegal

Prosecutors have opened last October an investigation to see whether the French tax authority has illegally given one of the country’s largest investment banks 2.2 billion euros (US$2,5 billion) in tax credit for losses the bank was mostly responsible for. 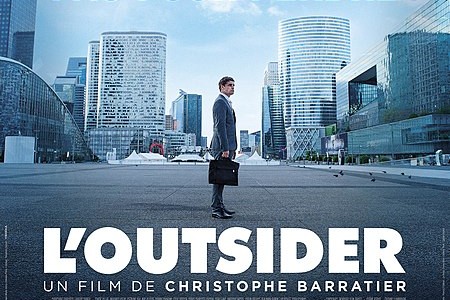 The poster of the 2016 movie on Kerviel's story. (Photo: EyeSteelFilm, CC BY-SA 4.0)The probe was launched after a complaint by one of leaders of the Green party, Julien Bayou - information that was until recently under embargo, David Koubbi, the lawyer in charge of the case, told OCCRP on Friday.

“The bank should never have received this money. It must pay it back and those who took the decision (or did not get it back) must be held accountable”, Bayou stated.

A French anti-corruption organisation Anticor said on Tuesday that it joined the plaintiffs by also filing a complaint, stressing that under French law, “a company cannot benefit from a tax deduction following a fraud, if it has failed in its controls or has demonstrated manifest deficiencies.

The motion marks another development in the legal saga surrounding an allegedly fraudulent stock market maneuver by former trader Jerome Kerviel that led the bank to register a record US$5,5 billion financial loss in 2008.

A first ruling saw Kerviel received a five year sentence for his actions, as well as an order to return the $US5,5 billion to the bank, but the last part was overturned by the Court of Versailles in 2016.

According to Europe 1, the Court recognized that Societe Generale had an important share of responsibility in the losses sustained by Kerviel’s alleged scheme, and therefore that the shortcomings in the bank's organisation, control and security mechanisms constituted a civil offense.

Based on that ruling, Anticor contested the $2,5 billion tax credit that Societe Generale received as relief for its damages.

The bank was not a “victim” in this case, the association claimed. “Its shortcomings made possible or facilitated the fraud.”

Anticor said the government should have tried to recover the money after the 2016 ruling.

The association wishes to “defend a responsible usage of public funds and to see the inertia of political leaders toward irresponsible banking practices condemned”.