The Netherlands: Over 2 Tons of Cocaine Found Among Bananas

Customs inspectors at the port of Rotterdam, The Netherlands, intercepted on Sunday more than two tons of cocaine with an estimated street value of US$170 million hidden in a banana container, the Public Prosecutor’s Office of Rotterdam announced. 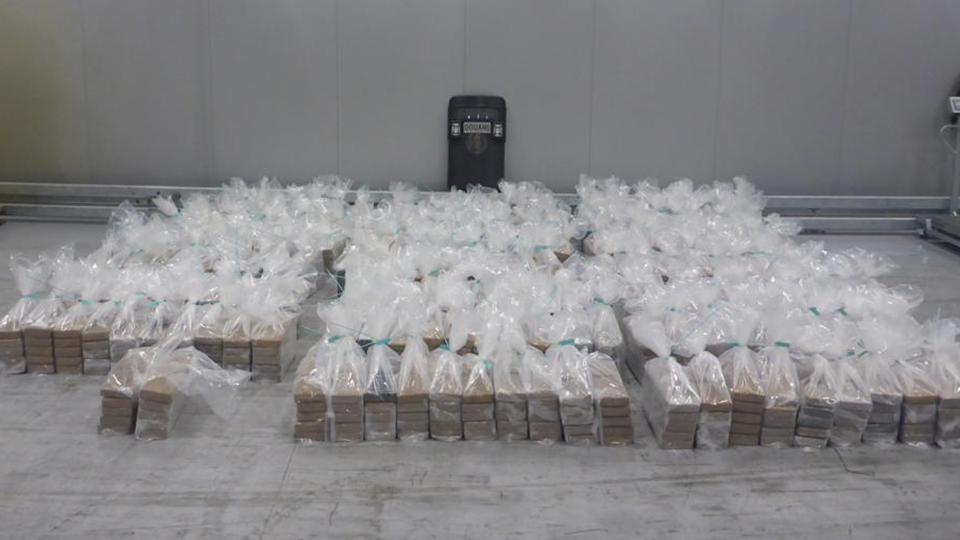 Sunday's seizure. (Photo: Public Prosecution Service Rotterdam). The shipment came from Ecuador and was destined to an undisclosed Hungarian company for which authorities believe has “probably nothing to do with the smuggling.”

It’s the second cocaine batch in a banana shipment found in Rotterdam in a week, as a smaller -- 374 kilos -- was discovered on May 31, also having arrived from Guayaquil, Ecuador.

The investigation will be handled by the Hit And Run Cargo (HARC) team that handles drug smuggling in Rotterdam. The HARC already arrested two suspects in relation to the first seizure, both from Rotterdam and aged 18 and 22.

Rotterdam is the largest port in Europe, and the entry point of a quarter to half of the cocaine in Europe, according to an European Monitoring Center for Drugs and Drug Addiction (EMCDDA) assessment.

In recent years, the violent struggle for the control of drug smuggling through Dutch ports between the local Marrocan “Mocro” mafia and other criminal organisations has prompted warnings against The Netherlands becoming a “narco-state,” the BBC reported.