Israeli Prime Minister Benjamin Netanyahu became the first serving premier in the country’s history to stand trial on corruption charges when he appeared before the Jerusalem District Court on Sunday. 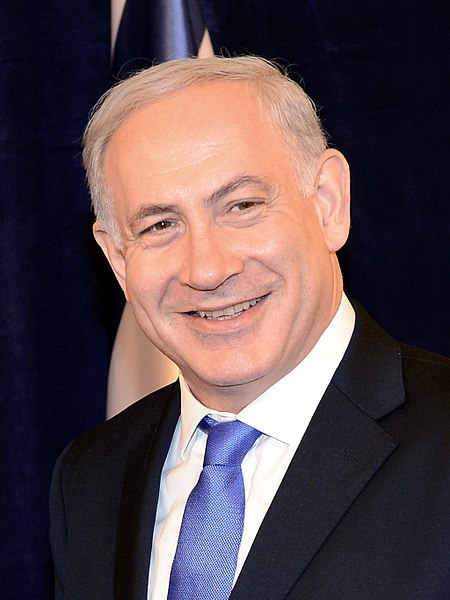 Benjamin Netanyahu (Photo: US State Department)Netanyahu entered Courtroom 317 and sat down on the defendant’s bench, but only after the press was asked to leave the room. He answered “yes” when asked if he had read the corruption charges in the three cases against him, The Times of Israel reported.

Israel’s Attorney General Avichai Mandelblit charged Netanyahu in November with bribery, fraud and breach of trust, based on police allegations that he granted state favors worth hundreds of millions of dollars to an Israeli media businessmen in return for gifts and favorable coverage.

However, the coronavirus pandemic has given Netanyahu an unexpected boon, delaying his corruption trial by two months, as OCCRP reported in March.

The other three defendants in the three cases -- Arnon Mozes, publisher of the Yedioth Ahronoth newspaper; Shaul Elovitch, controlling shareholder of the Bezeq telecommunications company and his wife Iris, reportedly attended the beginning of the trial.

Before entering the court Netanyahu addressed reporters, insisting that the charges against him “are absurd and fabricated” and that he is the victim of an attempted political coup by the police, the state prosecutors, the left and the media.

He also said that the entire process is designed to remove him and the right-wing camp he leads from power for years to come, according to Times of Israel.

The start of Netanyahu’s trial unleashed protests of his supporters as well as his opponents.

Hundreds of supporters and opponents gathered in front of Jerusalem's District Court, but also outside Netanyahu's official residence, the Jewish Journal reported Monday.

While the opposition was protesting against Netanyahu on the streets of Jerusalem, his long-time rival Benny Gantz, with whom Netanyahu formed a coalition government last month, stood up for the prime minister stressing he “is innocent until proven guilty.”

Gantz tweeted that he is confident that Israel’s justice system will give Netanyahu a fair trial and that he “fully trusts the Israeli legal system and law enforcement agencies.”

“Now, perhaps more than ever, we must move toward unity and reconciliation, as a country and as a society, for the state of Israel and all of its citizens,” he concluded.