The deputy chief of staff to Volodymyr Zelensky, Ukraine’s staunch anti-corruption president, has now found himself amidst a corruption probe. 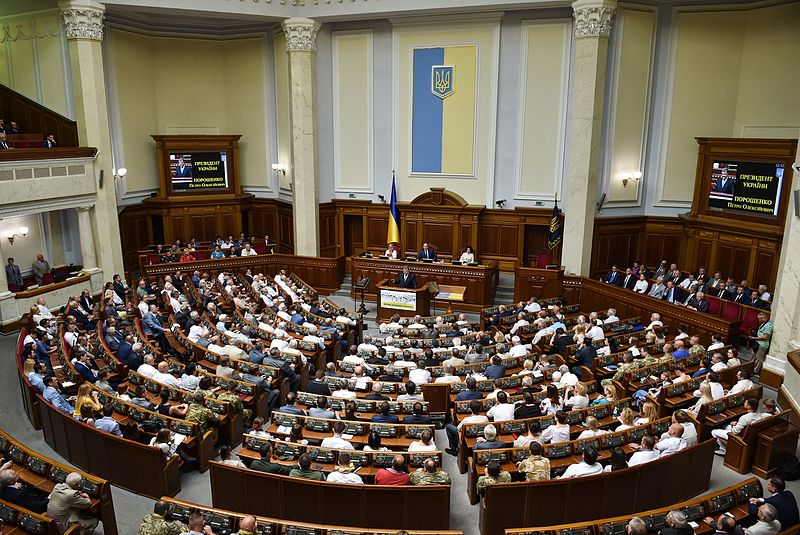 The Ukrainian Parliament (Source: Wikimedia Commons)Andriy Smyrnov is now under investigation for his involvement in the escape of a judge, who had been caught taking a bribe, from the country in 2016, Slidstvo.info, a Ukrainianian investigative Journalism outlet, reported Monday.

In one of the country’s highest profile corruption cases, Mykola Chaus was caught accepting US$150,000 but managed to flee to neighboring Moldova before he could be arrested.

In a leaked document procured by Slidstvo, Smyrnov’s name appears as one of many people who may have helped Chaus make his way over the border.

Smyrnov has been in charge of judicial reform in Zelensky’s office but this isn’t his first scandal.

In August of 2019, when Smyrnov was still working as lawyer, an activist fighting against illegal construction in Kyiv’s Protasiv Yar neighborhood accused Smirnov of threatening him on behalf of Hennady Korban, an oligarch and head of the Ukrainian Association of Patriots (UKROP), a right-wing nationalist party.

Smyrnov denied the allegations from 2019 as well as the current allegations in the leaked documents.

“This is absolute nonsense,” he told Slidstvo, and claims that since Chaus had been the one to issue an arrest warrant against his boss Korban in 2015 he couldn’t have helped him in 2016.

Volodymyr Zelensky rocketed from the role of local comedian and political outsider to the presidency last year on a campaign devoted to anti-corruption efforts including judicial reform.

However his administration’s judicial reform effort, directed by Smyrnov, has seen significant resistance and just last week much of it was cancelled by Ukraine’s Constitutional Court, The Kyiv Post reported.