The Supreme Court of Colombia sentenced a former prosecutor to five years and four months in prison for bribery after she agreed to testify against several other justice officials, El Tiempo, the country’s main daily newspaper reported on Sunday. 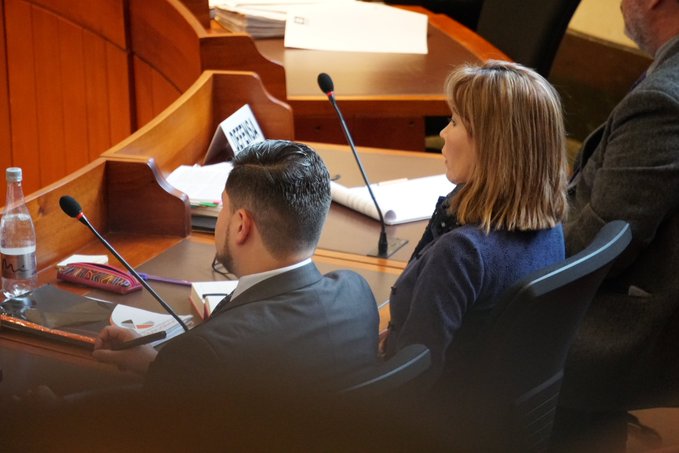 Niño Farfán during her trial. (Photo: Corte Suprema de Justicia twitter account)Hilda Niño Farfán was a prominent and rapidly rising figure in Colombia’s justice system. She worked for the “Justice and Peace” Court, a reconciliation body dealing with former rebels.

The Supreme Court convicted her for taking US$70 000 and two cars in exchange for settling the cases of two drug traffickers.

Miguel Mejía and Orlando Villa Zapata, leaders of the far-right paramilitary “Bloque Vencedores of Arauca,” were judged as former guerrillas instead of being judged as drug traffickers, which would have granted them far more severe sentences.

According to El Tiempo, their ease jail sentence even allowed them to continue operating their traffic.

Upon receiving the ruling, the former prosecutor announced she would give testimony in nearly fifty cases of corruption involving the judicial apparatus. The Attorney General's Office has since reduced the list to 10 cases.

El Tiempo cited sources in the judiciary saying that Niño Farfán would testify against six members of the Anti-money Laundering Unit: four prosecutors, the former star-prosecutor and Unit director Andrea Malagon and an ex-magistrate, the alleged second benefactor of the bribing scheme she was involved in.

Her testimony could corroborate findings that members of the Anti-Money Laundering Unit made hundreds of thousands od dollars agreements to return goods, mislead cases or open files against third parties.

After she received serious threats, authorities decided to keep prosecutor Farfán under protection in a police facility.