Lev Parnas: Trump Knew Well What I was Doing in Ukraine

“President Trump knew exactly what was going on,” an associate of President Donald Trump’s lawyer Rudi Giuliani said in an interview to MSNBC on Wednesday, referring to alleged efforts to force Ukraine into announcing a graft investigation into Trump’s political rival. 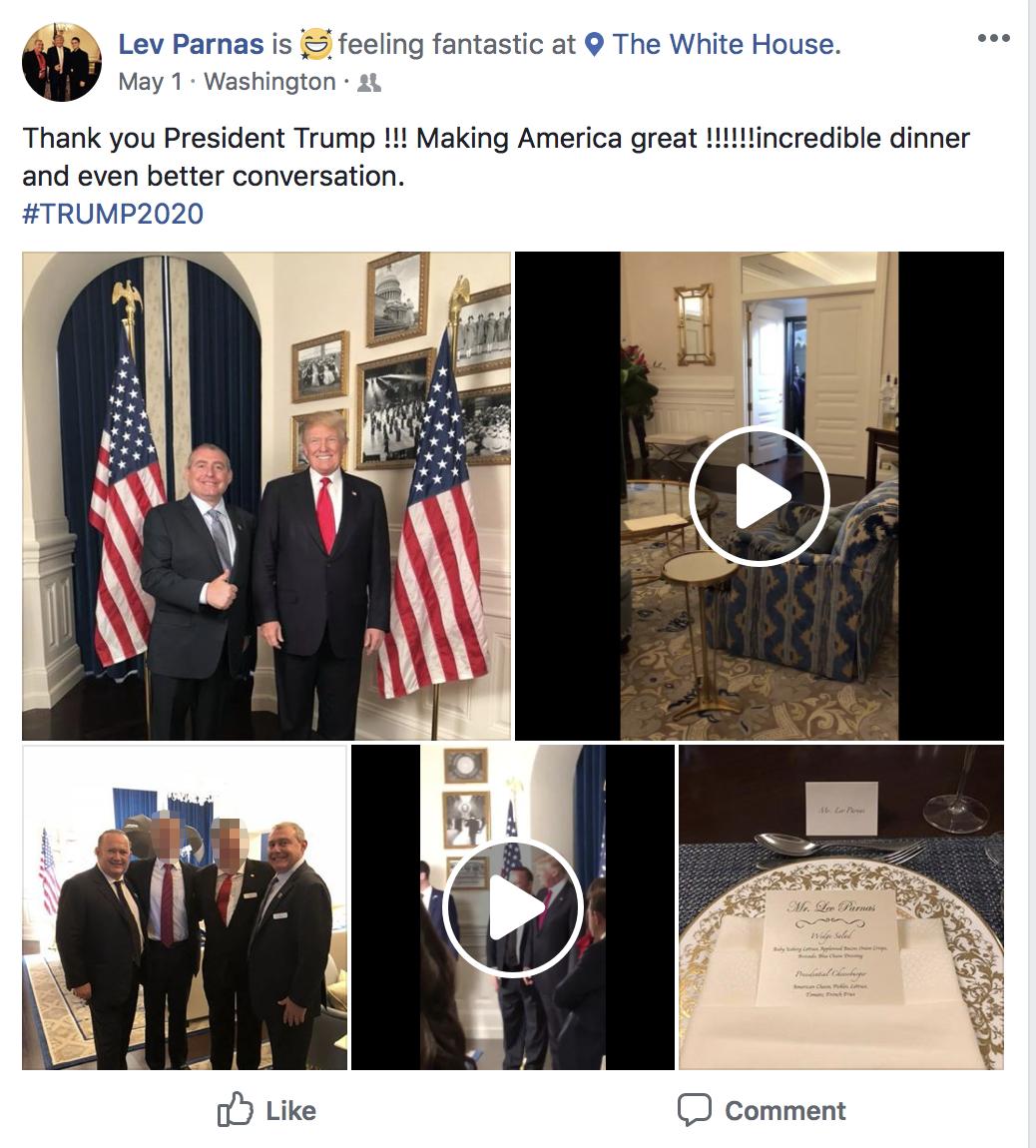 Lev Parnas and Igor Fruman’s 2018 dinner with President Trump. (Photo: Deleted Facebook post)“He was aware of all my movements. I wouldn’t do anything without the consent of Rudy Giuliani, or the President,” said Lev Parnas, a Soviet-born Florida businessman, charged with funneling foreign money to US politicians and trying to influence the country’s relations with Ukraine.

Parnas was indicted and arrested in October as part of an impeachment inquiry, that was launched in September. Together with Igor Fruman, Parnas was at the center of Giuliani’s back-channel diplomacy operation.

Both Parnas and Fruman, were indicted for orchestrating a “scheme to advance their business interests and the political interests of at least one Ukrainian government official through contributions and donations to multiple candidates and campaign committees in violation of campaign finance laws.” The men have pleaded not guilty.

In an interview with MSNBC, Parnas claimed that the alleged activities were directed, from the very beginning, against the interests of the former US Vice President and Trump’s main 2020 Democratic rival Joe Biden and had nothing to do with the fight against corruption, as it was presented.

However, one of the documents that Democrats released was a handwritten note on a Vienna Ritz-Carlton Hotel stationery that read: “get Zalensky to Annonce that the Biden case will be Investigated,” according to the Associated Press.

Parnas confirmed that he wrote the note while speaking by phone with Giuliani, who allegedly gave him precise instructions about the demands Trump wanted to convey to Zelensky’s team.

He also commented on Trump’s denials of knowing him, despite photos from Parnas’ phone showing the two together with Donald Trump Jr., first daughter Ivanka Trump, and her husband, Jared Kushner.

“He lied… I mean, we’re not friends. Me and him didn’t watch football games together, we didn’t eat hot dogs. But he knew exactly who we were, who I was especially,” Parnas said.

Parnas claimed he was not paid by anyone for his work in Ukraine and that he and Fruman have done nothing illegal. But a month before he was charged, he received US$1 million from an account in Russia, Bloomberg reported in December, citing US prosecutors who asked a judge to jail him for understating his income and assets.