Russian state lender VTB has sued a Mozambican government company over an unpaid loan that is part of a US$ 2 billion multinational fraud scandal known as “tuna bonds,” which plunged the Mozambique into deep financial crisis, Reuters reported Monday. 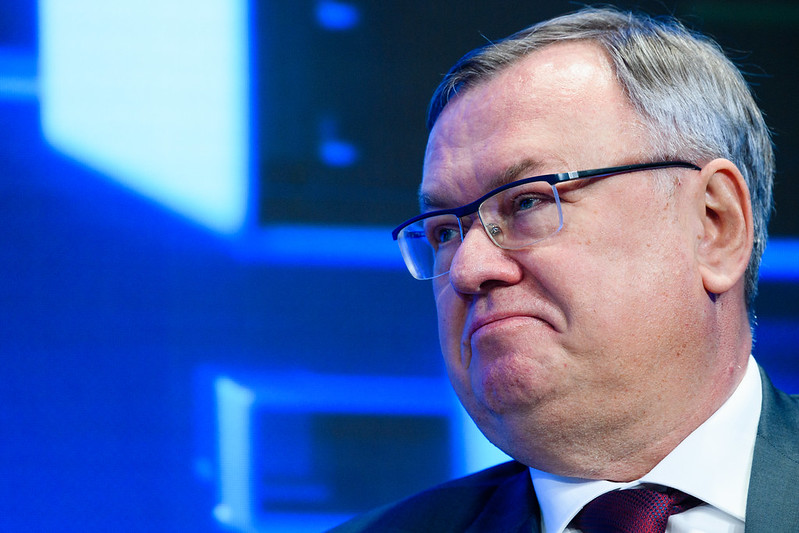 Andrey Kostin, CEO of VTB. (Photo: World Economic Forum)Mozambican state-owned companies, including a tuna fishing venture and a coastal security company, borrowed more than $2 billion from Credit Suisse and VTB between 2013 and 2016. The loans were packaged into bonds and sold to investors around the world.

However, hundreds of millions of dollars then went missing. The scandal produced a series of lawsuits in London, New York and South Africa that implicated Mozambique’s ex-Finance Minister, five Credit Suisse business executives and about 20 others.

Ex-Minister Manuel Chang secretly had the government guarantee the loans in exchange for bribes. The Mozambican officials and Credit Suisse bankers acquired at least $200 million diverted to them from the loans.

Now VTB, one of the leading universal Russian banks, filed a lawsuit before Britain's High Court in London, on Dec. 23 last year, against the Mozambique state and Mozambique Asset Management (MAM), a state-owned company, due to problems with “general commercial contracts and arrangements.”

The MAM reportedly took a $535 million loan from VTB, as a part of the $2 billion project that US authorities saw as an “elaborate front for a bribery and kickback scheme.”

No further details about the lawsuit were available and representatives of VTB and Mozambican authorities did not comment on the Russian lender’s legal move.

The agency also cited Kostin’s interview with Reuters, in which he said that the lender “could make a complaint to the government of Mozambique if by the end of 2019 the parties do not agree on the debt restructuring plan.”