A member of the Kyrgyzstan Parliament is proposing further government investigation following reports by OCCRP and its media partners that the country has harbored money laundering that is worth hundreds of millions of dollars and has cost the lives of currency couriers crossing its borders. 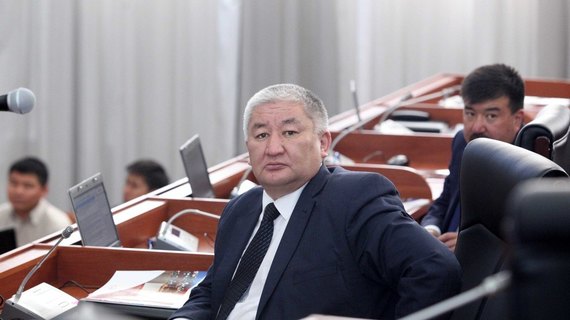 Kloop said most Kyrgyz media outlets have failed to meaningfully report on the investigation.

Official reaction from Kyrgyz authorities has been a mixture of denial, acceptance, and — at least in the case of the parliamentarian — calls for further investigation.

However, a joint investigation by RFE/RL’s Radio Azattyk, OCCRP, and Kloop notes that Samaiti told reporters before his murder that Abduraheman and another courier, Khusan Kerimov, both worked for him. In fact, it was Kerimov’s death and the discovery of his body in the trunk of his car at Bishkek airport that led Saimati to share key documents with reporters.

The ministry did not deny that Kerimov may have been a courier for Saimaiti. Kloop says police previously reported that Kerimov was involved in the delivery of “parcels.”

Samat Isabekov, a former official who had been responsible for internal investigations at Manas International Airport, was quoted in the investigation saying that couriers smuggled US$30 million to $40 million into China weekly.

The GTS — Kyrgyzstan's Federal Customs Service — says it is not necessary to declare an amount of less than $10,000, and that no customs payments would have been necessary according Eurasian Economic Union legislation.

Kloop reports it has not yet been able to obtain a comment on how the legislation relates to the transport of huge sums of money to Turkey and China, which are not members of the pact.

Kloop reported spokespersons for Kyrgyzstan’s Finpol (Financial Police) and Finrazvedka (Financial Intelligence Service) were not available to comment. But earlier, the head of Finpol, Bakir Tairov, admitted the amount of cash illegally funneled out of the country by suspects implicated in the investigation by OCCRP and its partners is close to $1 billion.