Sweden’s SEB bank admitted billions of euros were funneled by “low transparency” customers in its three Baltic state branches, ahead of an investigation by five news organizations. 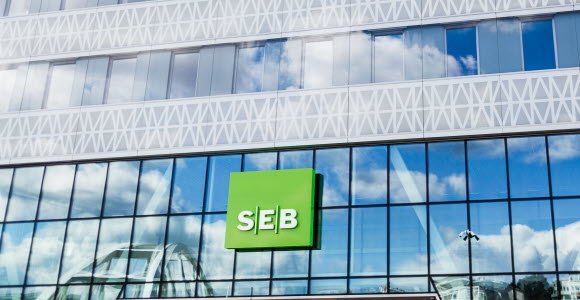 SEB is seen in a handout photo. (SEB Group)Most of the transactions occurred in Estonia, with an estimated 25.8 billion euros being funneled through that bank from 2005 to 2018, the bank says.

The transactions “do not meet today’s standards regarding transparency or linkage to authentic business activity,” the bank said in a statement.

“We want to continue being transparent and have now presented our historical data for the Baltic region in more detail. We have been perceptive to signals of foul play and taken action, when needed. In the comprehensive analysis that we have made of our business in the Baltics, we have not seen that SEB has been used for money laundering in a systematic way,” SEB’s president Johan Torgeby said in a press release.

“Still, at any given time, all banks are subjected to the risks that financial crime entail.”

The investigation’s findings, supported by SEB’s own data, raise questions about the bank’s sincerity when previously commenting on money laundering issues.

In October 2018, SEB’s president Johan Torgeby stated that SEB’s internal reviews have not noticed “any red flags” in Estonia, when speaking of audits ranging as early as 2008.

Investigative journalists analyzed 194 non-resident clients in SEB's Baltic divisions, who completed a total of 2,000 transactions between 2005 and 2017.

The total transaction volume of the investigation was (US?)$280 million.

SVT’s and TT’s journalists evaluated that from all those clients 130 indicated major red flags in terms of money laundering risks. Only two clients from the whole data breach seemed to be legitimate businesses.

SVT’s story examines the case of Andrey Kozlov, a top executive at Russia’s central bank who paid a visit to Estonia back in 2006. Kozlov warned Estonian authorities about the risk of money laundering in two Estonian banks - including one called Ühispank.

Kozlov was killed shortly after his visit to Estonia. He was shot dead after stripping yet another Russian bank of its license due to money laundering allegations.

The bank’s share price dropped by 12.3 percent in the wake of SEB management’s announcement.