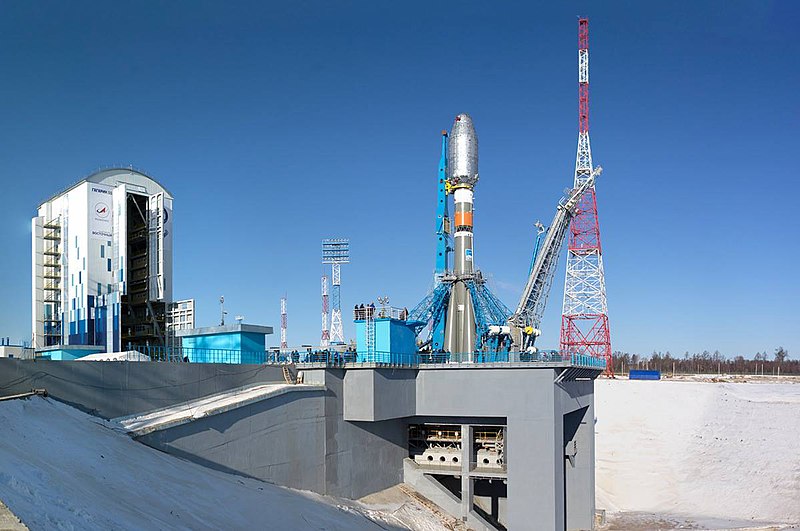 Vostochny Cosmodrome. (Credit: Владислав Ларкин [CC BY-SA 4.0 ]Both criminal cases, according to the UK based news agency, target management of a company that helped build a center in Russia’s far east that is the country’s first civilian site for commercial space launches.

The new space center is also a key part of Russia’s effort to reestablish itself as a space-faring superpower, according to Professor Mark Galeotti, a Russia expert at the Royal United Services Institute, Time magazine reported.

But between November 2018 and May 2019, investigators uncovered the theft of 240 million roubles ($3.8 million) by browsing through financial documents.

The case reportedly enraged President Vladimir Putin who considers the center a pet project. Construction has been mired by corruption, expensive delays, workers’ hunger strikes over unpaid wages and embarrassing failures, according to Time magazine.

Earlier this week, Russia's main federal investigating authority, the Russian Investigative Committee said 58 people have been imprisoned for  misappropriation of funds, fraud and abuse of authority, according to Time magazine.

Juri Khrizman, former head of the state construction company Dalspetsstroy,  was sentenced to 11.5 years jail last year in February, the longest prison sentence given out so far in connection with the center. He was convicted of stealing 5.2 billion rubles ($ 81 million) in state funds. His son Mikhail and several other construction managers were also jailed last February.