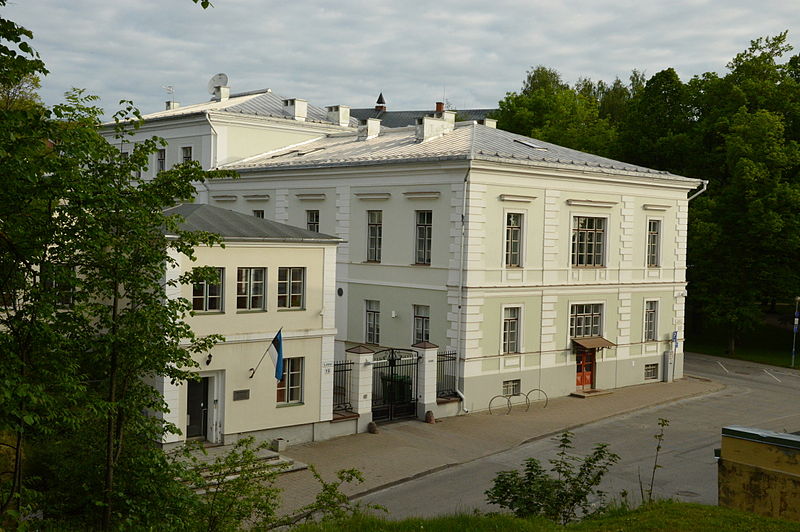 Supreme Court of Estonia. (Credit: Ivo Kruusamägi [CC BY-SA 3.0])In January 2011, the tax office began investigating the businessmen suspected of large-scale tax fraud. Accusations of belonging to a criminal organization and money laundry were later added to the case.

As a result of that, six key suspects were arrested simultaneously in 2012. Police searched the offices of two companies and 10 homes in Tallinn and Harju County, as well as in Riga, where the case was handled by the Latvian Financial Police.

Investigators brought in a large number of documents, computers, flash drives, bank cards, PIN calculators, seals, business cards, even the labels of condensed milk and canned food, because the companies were active in the wholesale grocery trade. Authorities also seized cash and bank balances found in the homes of the suspects, and two estates in Estonia and two more in Catalonia, Eesti Ekspress reports.

The hearing of witnesses lasted reportedly until the end of 2013. Most suspects visited the investigator three times.

The more researchers explored, the wider their field of work grew. But then suddenly the investigation slowed.The bill of indictment weren’t sent to court until September 2016.

Over the next three years, 91 court hearings out of 104 got cancelled - some due to suspects, for example, because of family vacations or health reasons-  but mostly because of the court. Sometimes the court could find judges, sometimes the prosecutor had health problems or the witness didn’t show up.

According to Eesti Ekspress, 26 hearings got cancelled because of defendants, seven due to prosecutors, but most of the cancellations, 58, were because of the court.

This year the case got dismissed. The court stated in the decision that the pre-litigation procedure lasted five years and nine months and that the proceedings lasted two years and eight months - a total of seven years and two months, which is clearly too much.

The investigation that started with huge success failed and suspects walked away as free men. Estonia is obligated to cover the bill of the suspects’ lawyers.

"The defendants and their lawyers have not caused the proceedings to be delayed, but the proceedings have been delayed due to the actions of the state authorities," the court summed up.