Russian journalist Ivan Golunov, who was recently freed from prison after a public outcry over false drug allegations, published a new investigation on Monday that delves into the corruption and organized-crime laden expansion of a 26 billion ruble (US$412.5 million) funeral business empire, revealing links between businessmen and high-ranking Russian officials. 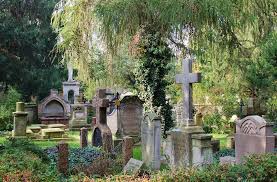 The first group, who attended Kamyshinsky Military Engineering Academy together, gained control of the municipal funeral services agency in Khimki, just northeast of the Russian capital, and gradually expanded their sphere of influence into Moscow’s municipal funeral enterprise, “Ritual.”

By appointing their friends to key positions and sometimes using violence, the group gained control over more than 30 prominent cemeteries in addition to a number of adjacent businesses that oversaw coffin-building, construction work, funeral services, and garbage disposal.

According to the article, one of the group’s main ring leaders, Yuri Chabuev, decided in 2016 to take control of the side businesses, such as headstone workshops, developed by some of the Tajik groundskeepers working at his cemeteries.

When they refused to relinquish these, he employed members of an NGO called “Zdorovaya Natsiya” (Healthy Nation) to intimidate the groundskeepers, which culminated in a violent daytime gunfight that left three people dead and more than 30 seriously injured, including several bystanders.

In November 2018, Chabuev was sentenced to 11 years in prison for organizing this violence while other members of the Military Academy group were dismissed from their positions in the industry.

As a result, a new group of businessmen from the Stavropol region of Russia has been able to take control of the funeral empire.

In 2015 the Moscow government appointed Artem Ekimov to the head of “Ritual” to “clean up” the funeral business. Valerian Mazaraki, who has ties to several high-ranking Federal Security Service officials, was made Ekimov’s first deputy, and had been gradually appointing many of his friends from Stavropol to top positions at the various cemeteries. Almost none of these people had previous experience in the funeral business.

Since securing their control of Moscow’s “Ritual” in the wake of the Chabuev arrest and subsequent dismissals, the Savropol group has expanded its sphere of influence into the wider Moscow region, seizing control of most of the cemeteries in four new districts, according to a Meduza source.

In doing so, they have declared many cemeteries “closed” and created a shortage of graveyard space that has led to increasingly large bribes from people who want to provide a final resting place for their loved ones.

This is Golunov’s first published story since his June 11th release from prison following worldwide outrage at his sudden arrest and mistreatment at the beginning of the month. Golunov believes his arrest had to do with this investigation.

It follows an August 2018 Meduza article on the complex organized crime and government networks that have come to control the industry over the course of 30 years.