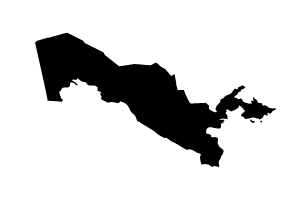 Under President Islam Karimov, in power since 1989, Uzbekistan has boasted of steady economic growth based on exports like cotton, gas and gold. But the political system is highly authoritarian, and its human rights record widely decried.

There is no legal political opposition and the media is tightly controlled by the state. A UN report has described the use of torture as "systematic".