Twitter
Thai police have arrested Viktor Bout, 41, among the world's best known illegal arms merchants.  Known as the "Merchant of Death", Bout is suspected of having provided sophisticated weaponry to groups and governments around the world, including the Taliban, Al Qaeda and dozens of insurgent armies.

Bout was caught in a sting operation orchestrated by US law enforcement officials and Thai police.  Agents of the US Drug Enforcement Agency lured Bout from his home in Moscow under the ruse that they were buying arms for the Revolutionary Armed Forces of Colombia (FARC), a long running insurgency group. He was arrested at a luxury hotel in Bangkok and is being held until formally charged.


Bout could be charged with aiding terrorist organizations. It is possible Bout may also face charges of war crimes for his role in providing weapons to all sides in civil wars in Africa. Thai officials have expressed an interest in charging him first in Thailand, where he faces a 10 year term for using Thailand as a base for illegal weapons trading. Bout's background is somewhat mysterious, with many contradictory stories circulating about the little-notorious arms merchant.  He is believed to have been a former member of the Russian Air Force. He is known to have a fleet of more than 40 cargo planes that support both legal and illegal shipments around the world. Bout has used a series of paper companies to hide his role, while his planes have been known to operate under the flags of many different countries.  His main operations are based in the United Arab Emirates. Despite the US goverment's long interest in capturing Bout, his planes were hired by the US military to move materials for the Gulf War. 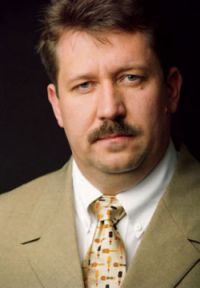 Bout is thought to have bought his arms in Eastern Europe and the Balkans.

His Thai lawyer, Lak Nitiwatvichan, denied all allegations against him.

Thailand has been a base for illegal activities since the 1960s, when it was the hub of the Golden Triangle narcotics trade. After the arrest in 2003 of terrorist Nurjaman Riduan bin Isomuddin, better known as Hambali, who was suspected of being the operations chief of the terrorist group Jemaah Islamiyah, police speculated it had become a hub for terrorists seeking contacts or materials.