Interpol yesterday issued photographs of Israeli national Moshe Harel, charged with human trafficking and organized crime in Kosovo.  The pictures have been released in the hope that citizens will help authorities find the fugitive.

Harel and Yusuf Sonmez,  a Turkish doctor, are accused of involvement in the Medicus organ trafficking case.  At the Medicus clinic, just outside Pristina, the suspects allegedly harvested the organs of poor ‘donors’ and transplanted them into the bodies of wealthy clients. 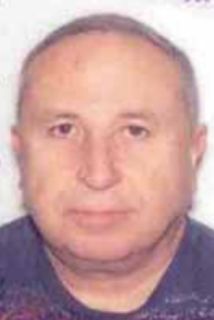 EULEX, the European Union mission in Kosovo, confirmed the indictments in June.  Sonmez is charged with human trafficking, organized crime, and the unlawful exercise of medical activities.  He was arrested in January in Istanbul but released on bail shortly thereafter.  Sonmez is wanted on organ trafficking charges in several other countries.

Harel, who is also of Turkish origin, has been evading justice since 2008, when a UN judge released him on bail to leave Kosovo to attend a funeral.

Another seven Kosovars have been indicted in relation to this investigation.

The Medicus clinic, just outside of Pristina, is also linked to a December 2010 Council of Europe report.  The report alleges that elements of the Kosovo Liberation Army traded organs of prisoners during the 1999 conflict.