In the Balkans, death and cigarettes are closely related.But it's not always the carcinogens that are the problem.

Smugglers Trade in Murder
The illegal tobacco trade takes its share of lives.

High-profile killings connected to illicit tobacco networks in the Balkans have claimed journalists, intelligence officers, politicians and the criminals themselves. In the fight to control this multi-billion dollar criminal enterprise, gangsters often use the most ruthless methods to assert their authority and send a reminder of their power to the public at large. 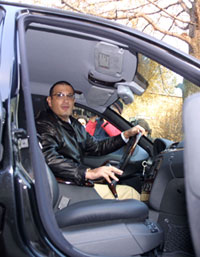 Ivan Todorov, a Bulgarian mob boss suspected of cigarette smuggling, was murdered in central Sofia in February of last year. Todorov had been connected with Marko Miloševic, son of former war time Serbian President Slobodan Miloševic.
In one of the more chilling examples of cigarette smugglers' disregard for life, Dusko Jovanović was shot and killed outside the paper he worked at in Montenegro, a regional cigarette smuggling hub. The then editor-in-chief of Dan, the Montenegrin daily, was gunned down in 2004 shortly after publishing a series of articles on the illicit tobacco smuggling activities of underworld kingpins.

The killing was among the most vicious in a particularly bloody period in the recent history of Montenegrin cigarette smuggling. It followed the slaying on May 30th, 2000, of Goran Zurgić, a security advisor to then Montenegrin president Milo Đukanović. Zurgić, at the time cooperating with western intelligence agencies investigating Đukanović’s business dealings, was believed to be murdered by Darko Raspopović, then head of Montenegro’s anti-terrorism unit at its Interior Ministry. Raspopović himself was shot and killed in Podgorica the following January.

Montenegro’s former three-term Prime Minister and President, Đukanović has admitted to being involved in running a cigarette trading company, although he has persistently denied rumours of any illegality. Nevertheless, Italian prosecutors in Naples issued an order for his arrest in 2005 which was only dropped when Montenegro became independent from Serbia and Italian courts granted Đukanović diplomatic immunity. Prosecutors in Bari who have also investigated Đukanović described him as the head of an international mafia group.

Exactly a year after Zurgić's death, Blagota Sekulić, a bodyguard and sometime betting stand owner, was shot twenty four times in his SUV while driving through the Montenegrin coastal town of Budva. Sekulić, said to be a cigarette smuggling enforcer, was the alleged culprit in the October 6, 2000 slaying of Vanja Bokan, a former imitation denim manufacturer, who was shot several times in the head and chest outside his home in Athens, Greece.

Bokan was an associate of Stanko Subotić, aka Cane, the head of an enterprise whose members are currently wanted on charges relating to illicit tobacco dealings.  Subotic owns property and is frequently seen along the Montenegrin coast. A series of articles published by the Croatian Weekly Nacional named Subotić and Đukanovic as the alleged chief architects of a cigarette smuggling scheme involving the Italian mafia. An indictment handed out by Italian prosecutors confirmed their alleged involvement. Ratko Knežević, former head of the Montenegrin trade mission in Washington, and Ratko Đokić, a Montenegrin businessman once known as the “king of cigarette smuggling,” were widely reported in media to be the main sources for the article.

Đokić was killed on May 5, 2002 in Stockholm. Swedish police said two men were involved in his killing. He was shot at 28 times.

From Montenegro to Serbia, cigarette smugglers have left carnage in there wake, even attacking law enforcement officials.

The Serbian capital of Belgrade was rocked in October 2001 when former deputy chief of State intelligence, Momir Gavrilović, was gunned down hours after meeting with Vojislav Koštunica, then the president of Serbia. Belgrade papers linked the death to a file the intelligence officer had put together on cigarette smugglers' connections to governments of the countries of the former Yugoslavia. In 2003, the murder of Prime Minister Zoran Đinđić was connected by media at times to both his involvement in cigarette smuggling and his attempts to stop smuggling.

Serbia, another notorious smuggling den, has seen many murders. Targets have ranged from Vlado Kovačević, a professional race car driver and friend of Marko Milošević, the son of the late Serbian leader and war-crime indictee Slobodan Milošević, to Dragan Jokosović, an associate of mafia figure Željko “Arkan” Ražnatović, who operated within Scandinavia and met his end outside a racetrack in Solvalla, Sweden.

Ivan Todorov - Murdered
smuggling and a current arrest warrant is still outstanding.  His father was known to have regularly used various businessmen to smuggle tobacco to bypass international embargoes against the state. Kovačević was murdered February 20, 1997 in an ambush in front of the Sava Center in Belgrade. His company “Tref” bought cigarettes through off-shore shell companies and smuggled them into Serbia from Bulgaria, all allegedly with Marko Milošević’s backing.

Ivan Todorov, a suspected Bulgarian underworld boss was murdered in broad daylight in his car on a crowded street in Sofia.  Todorov had been identified as a business partner of  Marko Milošević in cigarette smuggling by media reports.  Three years earlier, he escaped a similar attempt.

Radovan Stojčić, the reputed leader of a major tobacco smuggling group known locally as the Tobacco Mafia, was murdered in 1997.  His brother Sinisa was arrested in December of last year with either others in a major crackdown on tobacco smuggling.