The Russian Banks and Putin's Cousin 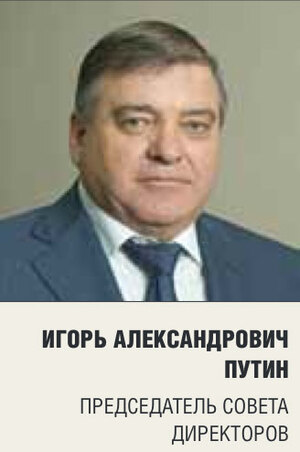 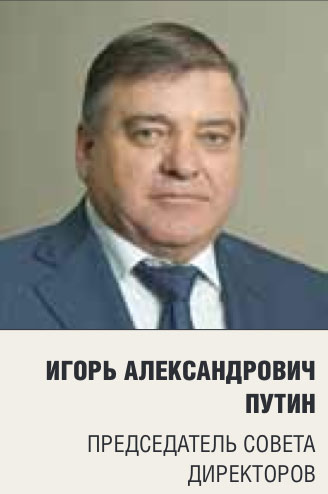 Some of the banks involved were linked to a relative of Russian President Vladimir Putin and a former Kremlin official.

Moldovan authorities say that in the past three years about US$ 20 billion was illegally moved out of Russia into the European Union. The money-laundering scheme involved 19 Russian banks, a bank in Moldova and a bank in Latvia. Using fake loans and contracts, money was sent from Russia to Moldova and then into Latvia. They system relied on Moldovan judges to legitimize the transfers. Moldovan investigators are looking at the role of the judges in the scheme.

Ruslan Milchenko knows all about how the system work. A fomer member of the Russian police, today he heads the anti-corruption agency Analitika and Bezopasnost (Analyses and Security). He said banks knowingly engage in this uniquely Russian banking service.

“Imagine that you have US$ 100 and its origin is doubtful. You just go to such a banker and tell him that you need this money somewhere in Hong Kong. If you don’t have a company or a bank account there, the banker will sell you one. … In a couple of days you receive 96 or 97 dollars, depending on the commission (charged) in Hong Kong, or any other place in the world. And you as the client will not know the route of your money – that is the money launderer’s job.” (see complete interview with Milchenko)

It is not clear what was known by the banks involved. Currently there is no investigation in Russia involving the banks used in the Laundromat system.

Every year billions of dollars in organized crime money and funds stolen from the state leave Russia. In just the first quarter of 2014, more than US$ 64 billion has left the country.

Who is Igor Putin?

The Russian Land Bank (RZB in Russian) was a major player in the huge fraud. A Moldovan law enforcement report obtained by the Organized Crime and Corruption Reporting Project (OCCRP) indicates that the Moscow bank wired 152.5 billion rubles, about US$ 5 billion, to the Moldovan bank, Moldindconbank, between 2012 and 2014.

Moldovan investigators say Moldinconbank received most of the wires from Russian banks and then routed the money through the Latvian-based Trasta Komercbanka and into Europe.

Until 2011, RZB belonged to Elena Baturina, the wife of the politically powerful former mayor of Moscow, Yury Luzhkov. Luzhkov ran afoul of Russian President Vladimir Putin in 2010 and was ousted. The next year, a new set of shareholders, led by Alexander Grigoriev, a 43-year-old St. Petersburg businessman, replaced Baturina.

Soon after the change of board and shareholders, the Russian bank opened correspondent accounts in Moldindconbank and, Moldovan authorities say, began suspicious transactions between RZB and Moldindconbank.

The new shareholders were six Cyprus companies. One of them – Boaden Ltd, which controlled 16.35 percent of RZB – was owned by Grigoriev who became the head of the executive board.

Grigoriev brought to RZB his own team of managers, including Igor Putin, the president’s cousin, who served on the RZB board until 2014. 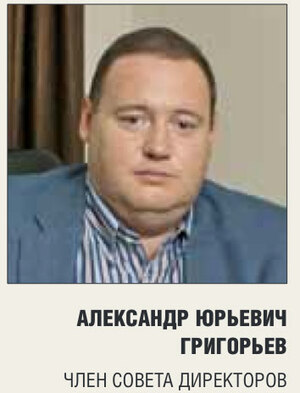 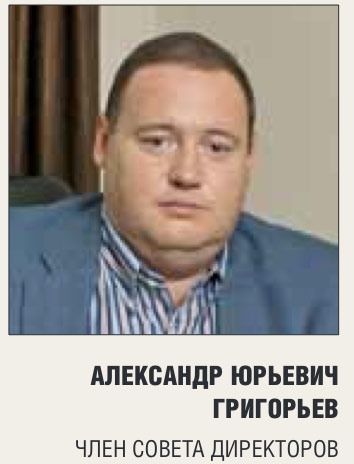 Little is known about Grigoriev, except that he was at one time the vice-president of the Moscow boxing federation. High-level sources told OCCRP that Grigoriev is connected to the FSB but the Federal Security Service replied to an OCCRP request for information by saying he never worked there.

OCCRP reporters had a hard time locating Grigoriev. Even his employees in a company he owns in Montenegro, where he is developing a luxury tourist resort, denied knowing him. His former business partners in Russia said he left the country.

Reporters finally caught up with him by phone. “I came to the banking business a couple of years ago,” he said. “The construction company SU-888, where I am a shareholder, participated in many public tenders and we had to ask banks for their guarantees. Besides…we took loans.

“When Elena Baturina started to sell her assets, we received an offer to buy a share in the Russian Land Bank. We decided that a bank and a construction company could combine well. And we bought a minority share.

“In the end I came to a disagreement with other shareholders regarding the future of the bank and in May 2013 decided to quit this business.”

Igor Putin and Grigoriev are linked in several ways. Putin was a board member of SU-888, a construction company where Grigoriev is a majority shareholder. He also served on the board of Promsberbank, a small bank in the Moscow region, at the same time that Grigoriev was a shareholder.

At the start of 2014, Putin left the banks and Grigoriev’s companies to become head of the Fund for Support and Development of Industry in the Regions. Its stated purpose was to attract direct investments to the industries of the Russian regions; its website is no longer operational.

Letters to him through the Fund and other projects went unanswered. His son Roman Putin, head of the consulting company PutinConsulting, said his father didn’t want to comment. “Everything he wanted to say to the public, is in his letter published by Forbes-Russia,” said Roman Putin.

“My personal experience, gained in recent years, proves the truth of the thesis that the Russian banking system should be radically rehabilitated and cleaned of troubled banks headed by people with doubtful reputation.” In that Feb. 10, 2014, letter, Igor Putin wrote.

He wrote that some “competent sources warned me about the real situation” at RZB bank, “and confirmed my concerns. Realizing that it is not in my power to change the financial policy, I decided to leave the board of directors of the bank.”

Grigoriev says he doesn’t know what Putin was talking about in his letter. “As for our relations, we still call each other sometimes. We have never been friends – just partners.”

On March 18 of this year, the Central Bank of Russia revoked RZB’s license for violation of anti-money-laundering rules. The regulator identified suspicious transactions of more than 15 billion rubles (about US$ 500 million). This is about 10 percent of the money laundering Moldovan authorities say went on.

The Central Bank declined to comment on details of the suspicious transactions, saying it has not yet finished its own investigation.

Grigoriev said he is unaware of any fraud. “Of course I heard about operations with Moldindconbank, but I don’t know any details, because I was just a minority shareholder in the Russian Land Bank.” He said management made all decisions about the bank’s main activities while the board just approved big deals and defined business strategy. According to Grigoriev, RZB and Moldindconbank signed a general agreement on currency trading and Russian regulators have never questioned that deal.

“I don’t know why some people connect operations of Moldavian banks with my name,” he said. “Everybody has enemies. You can’t please everybody.”

In addition to RZB, another Grigoriev bank drew the attention of Moldovan officials. 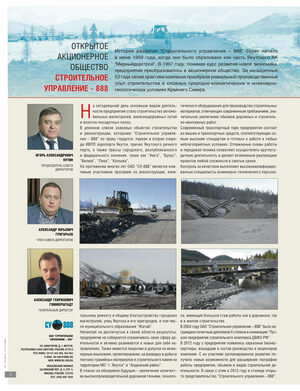 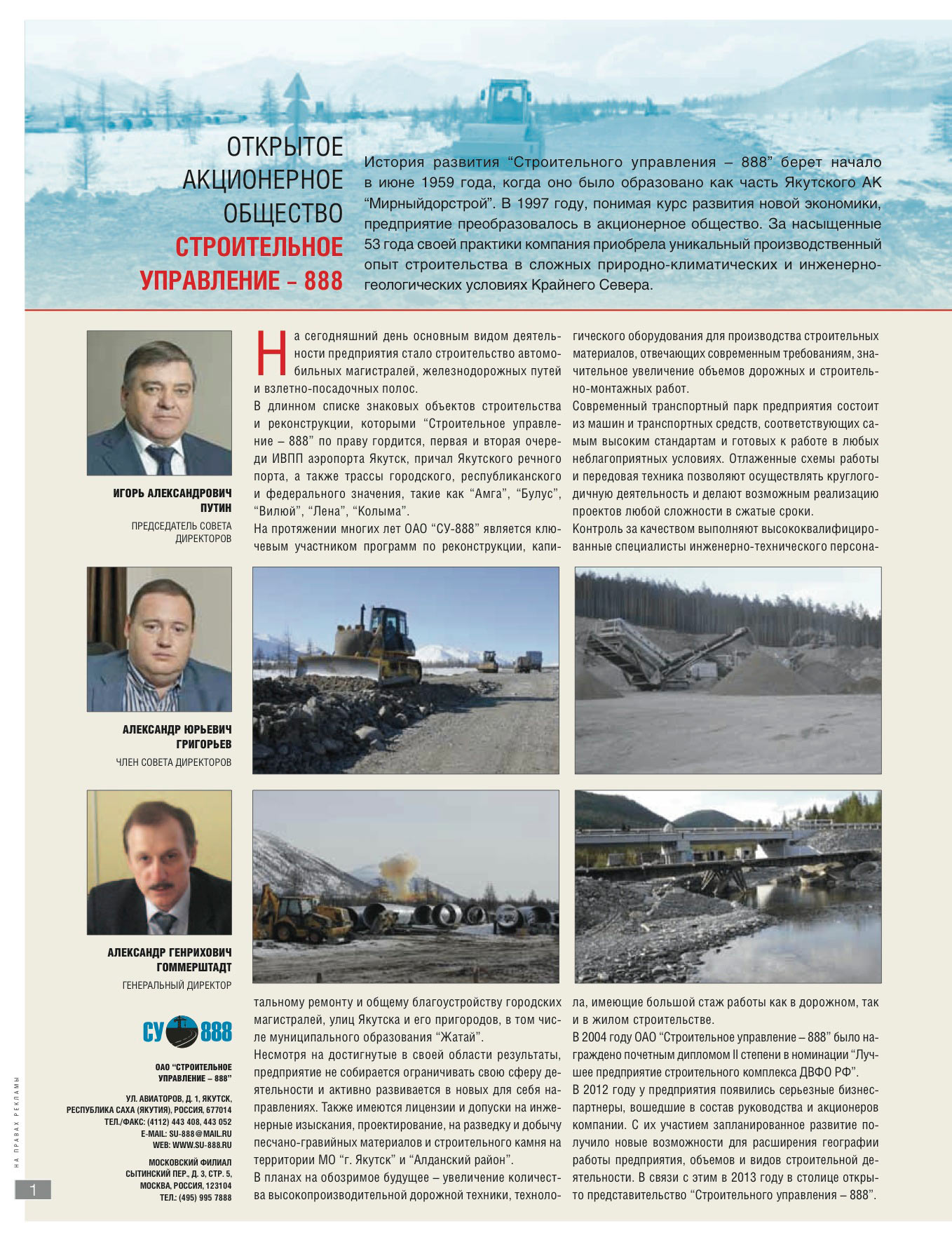 In 2013 he acquired a bank called Zapadny and brought in new shareholders. Zapadny opened correspondent accounts in Moldindconbank and it, too, started to move money from Russia to Moldova.

In April 2014, the Central Bank revoked Zapadny’s license, citing numerous violations including fake accounting reports. Central Bank documents OCCRP has obtained show that the license was revoked after bank owners and managers failed to respond to the regulator’s letters and notices.

Grigoriev says that after he quit the Russian Land Bank he invested in Zapadny, but that he did not adequately research that investment.

“I regret I only understood later that the bank didn’t have enough funds in its correspondent accounts and its so-called ‘assets’ were doubtful,” he says. The Central Bank restricted Zapadny from accepting deposits and it lost almost all external sources of investments, he says. Given the bank’s lack of assets and the close scrutiny from regulators, “I understood that the bank doesn’t have good prospects, and I decided to quit.”

Grigoriev is involved now in businesses outside of Russia. His company SU-888 is developing a luxury seaside tourist resort in Montenegro.

Russian investigators say that the billions bled out of Russia through the Laundromat came from many places and represent the savings of citizens as well as private and state-owned companies.