The United States criticized Tunisian President Kais Saied for dismissing 57 judges on accusatiations of corruption and protecting terrorists in a purge of the North African country’s judiciary which many believed put it on the path to one-man-rule. 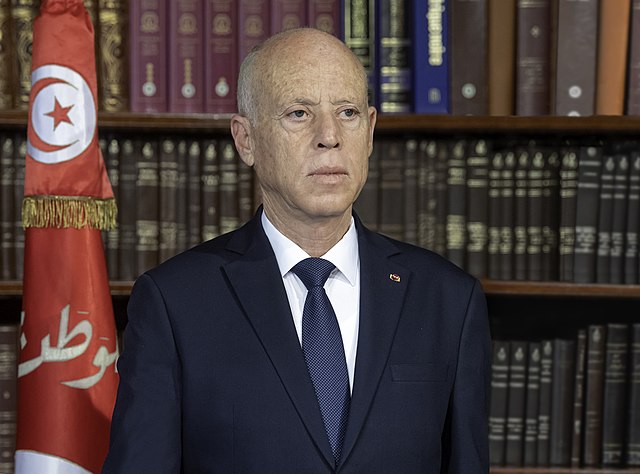 Saied has said he intends to introduce a new constitution in the coming month, one which is expected to give him more sweeping powers. (Photo: Houcemmzoughi, Wikimedia, License)“President Kais Saied’s June 1 decrees dismissing 57 judges and amending the rules governing the Provisional Supreme Judicial Council, – they follow an alarming pattern of steps that have undermined Tunisia’s independent democratic institutions,” said U.S. State Department spokesman Ned Price at a press conference on Thursday.

It’s the second time Saied has dissolved the country's judiciary this year.

The Supreme Judicial council “should consider itself a part of the past as of this moment” he declared in televised remarks on February 5. This occurred shortly after police were deployed in front of the court to bar members from entering, its head Yousef Bouzakker told Amnesty International at the time.

“President Kais Saied’s attack on the High Judicial Council represents a grave threat to fair trial rights in Tunisia,” said back then Heba Morayef, Amnesty International’s Regional Director for the Middle East and North Africa. “If the President enacts a decree to dissolve or suspend the institution, it will sound the death knell for judicial independence in the country.”

Bouzakker was fired again last week along with his colleagues.

Saied has said he intends to introduce a new constitution in the coming month, one which is expected to give him more sweeping powers. Along with the judiciary, Said has also dissolved and replaced the country’s independent electoral commission.

It's a stark departure from the trajectory Tunisia had begun 11 years ago when it became the birthplace of the Arab Spring. Until recently, it has been seen as one of its few success stories.

However, Saied’s move hasn’t gone without resistance. Tunisia’s opposition parties have vowed to fight it and its largest labor union has called for a general strike in June.

"Tunisia has entered the path of falsifying the will of the voters and an atmosphere in which freedoms are not available," Issam Chebbi, leader of Tunisia’s Republican Party told reporters, as cited by Reuters.