Reporters Without Borders (RSF) urged Philipine authorities on Wednesday to appoint a team of independent investigators to look into the murder of radio journalist Cornelio Pepino, who was shot five times at close range while traveling home after his evening program the day before. 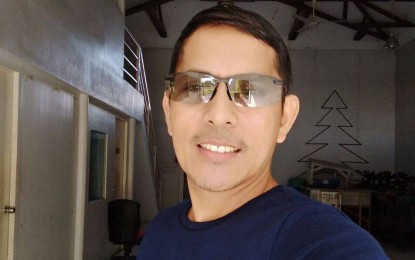 Cornelio Pepino, also known as Rex Cornelio, a Filipino broadcast journalist who was murdered on Tuesday (Credit: Philippine News Agency)The journalist, known by his listeners as Rex Pepino, had gained the reputation of exposing corruption, bribery, and illegal mining in his province of Negros Oriental. The police officer in charge of the investigation of his murder said that he is investigating the prospect that he may have been killed because of his work.

According to reports, Pepino was riding home with his wife at around 9pm on Tuesday before two unidentified assailants approached him on a motorcycle and gunned him down with numerous shots to the head, chest, shoulder, and wrist. His wife managed to survive.

RSF noted that two other journalists have been murdered in a similar fashion over the past two years in the same province. Dindo Generoso, a radio commentator who reported on local gambling rings and the associated corruption, was shot eight times last November, and Edmund Sestoso, who reported on local political conflicts, was shot dead in May of 2018.

Pepino had a history of being under political fire in his province – in 2014, he was sued for defamation by its Governor before being acquitted in 2017.

The governor, Roel Degamo, is part of the Nacionalista Party, which has been described as conservative and populist, and is currently in a coalition with President Rodrigo Duterte’s ruling party.

“Authorities should leave no stone unturned in investigating the killing of reporter Rex Cornelio Pepino and bringing those responsible to justice,” said Shawn Crispin, the Committee to Protect Journalists’ senior Southeast Asia representative.

“Until the Philippine government shows it is serious about solving journalist killings, this vicious cycle of impunity will continue,” he added.

Ranked 136th out of 180 countries in RSF’s 2020 World Press Freedom Index, the Philippines have seen 16 journalists slain since President Duterte took office in 2016.

The government has gone after critical news outlets in the past, such as when it arrested Maria Ressa, CEO of Rappler, a news outlet that has criticized Duterte’s “shock and awe” approach to combating drug use and trafficking that has enabled thousands of state-sponsored extra-judicial killings.

The outlet reported that Duterte once said that human rights advocates should be seen as enemies of the state, and should be shot.

On the same day as Pepino’s murder, the largest TV and radio station in the Phillipines, ABS-CBN, was ordered to stop broadcasting, effictive immediately.

If this goes though, Daniel Bastard, head of RSF’s Asia-Pacific desk, warned that it could implode the already precarious state of independent journalism throughout the country.

“If they were to stop broadcasting, media pluralism would be drastically reduced – to the point of recalling the worst period of the Ferdinand Marcos dictatorship and signalling the end of democracy in the Philippines.”