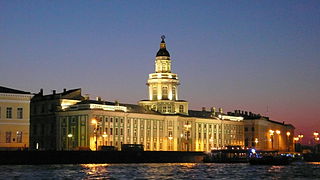 St. Petersburg (Photo: Philipp Hienstorfer)Andruschenko, 73, was the co-founder of the Novy Petersburg newspaper and was renowned for his reportage on local crime, corruption and police brutality.

On March 9 he was attacked on his way to a business meeting and suffered a major blunt trauma to his head.

According to Russian media group RBC, he was hospitalized and put into a medically-induced coma from which he never recovered.

Novy Peterburg editor Denis Usov linked the assault to a recent series of articles in the newspaper about anti-corruption protests and the city officials’ mafia connections.

He said that Andruschenko received threats.

"[They] demanded some documents," Usov said. "And then on March 9, he was found near his home with a broken head."

Local authorities have in the past repeatedly harassed Andruschenko and Novy Peterburg, the Committee to Protect Journalists reported.

In 2007, Andruschenko was imprisoned on charges of defamation and obstruction of justice, which officials said stemmed from his coverage of a murder investigation and trial.

The following year he penned a letter to a list of human rights organizations and world leaders in which he publicly renounced his Russian citizenship and accused Moscow of political repression and encroachment of freedom of speech, according to Russia Today.

Andruschenko was also a physicist and formerly a member of St. Petersburg City Council.

After his death was announced, Novy Peterburg’s director Alevtina Ageeva told Open Russia that "the police are unlikely to put much effort into the investigation, since Andruschenko wrote a lot about the arbitrariness in the police, and he was not liked for his intransigence."